2013: A Look Back at the Year’s Biggest Stories

As the year draws to a close, we reflect on some of Long Island's biggest happenings and most popular stories of 2013. 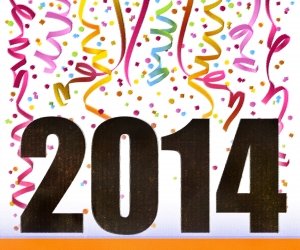 2013 was a busy year for Long Island. Sandy-recovery efforts were underway as it began, a new utility company is set to replace the old as the year comes to an end, and there have been many highs and lows in between. From storms and repairs to education and music, here are but a few of the top stories and hottest topics from 2013:

January - NY SAFE Act
A controversial gun regulation law passed at the start of 2013, Governor Cuomo signed the NY SAFE Act into law this past January. Under the legislation, guns considered to be “assault weapons” now require background checks of any prospective purchaser. New restrictions reduced by three the number of bullets that can be held in a magazine (the limit was reduced to 7 from 10 bullets), and a registry was created to keep a list of people who own assault weapons.

Proponents of the law argued that the SAFE act would help to protect New Yorkers from violent gun crimes and mass killings like the Sandy Hook tragedy which preceded its passage. Opponents of the law have called it a knee-jerk reaction and a violation of Second Amendment rights.

February - Winter Storm Nemo
Mere months removed from the devastation suffered at the hands of Sandy and the bitter cold of the Nor’easter that followed, Long Island was hit by a winter storm of historic proportions. “Nemo,” as the storm was dubbed, dumped nearly three feet of snow on the island. Cleanup took an extensive amount of time as local plows were ill equipped to handle such a large volume of snowfall.

March - Surprise Meteor Lights up the Night
In March, an unexpected meteor blazed across the sky, causing a flash seen across Long Island and much of the East Coast. The surprise flyby occurred around 8:00 PM on March 22, and sightings were reported from South Carolina up to Connecticut. According to NASA, the meteor entered our atmosphere over eastern Pennsylvania and remained visible for roughly 40 seconds.

April - New York Becomes Boston Strong
The horrific bombing of the Boston Marathon brought a tragic and tumultuous end to one of the biggest sporting events in the Northeast. Nothing could undo the damage done that day, but in a show of solidarity and a moment of beauty few things outside the world of sports can quite mirror, the New York Yankees paid tribute to their bitter rivals from Boston and homage to the victims of the bombing. Prayers and goodwill were offered as a stadium full of Yankee faithful sang the Red Sox’ signature home song, “Sweet Caroline” by Neil Diamond.

May - Hospital Reopens After Sandy Damage
Superstorm Sandy caused massive damage to the region, and while a great deal of progress has since been made many Long Islanders are still recovering. In May, Long Beach Medical Center announced that it would be reopening its emergency wing and some hospital beds after severe flooding had caused in excess of $56 million in damages. 10 feet of water had entered the basement, but the hospital has steadily marched toward recovery.

June - Princess Long Island Debuts
Bravo’s Princess Long Island debuted on June 2 this year, entering a long line of gimmicky “Reality TV” shows focusing on exaggerated antics of the rich and spoiled. The show squeezed in a twist of geographical stereotypes and what some have deemed anti-Semitism by focusing specifically on a group of Jewish heiresses in their late 20’s to early 30’s who still live in their parents’ Long Island homes. After raising the ire of LI residents and the Jewish community alike for exploiting negative stereotypes of both groups, the show ran into further controversy when one of its stars performed lewd acts on a 9/11 Memorial during a photo shoot.

July - Death of a Long Island Music Legend
On July 10, Long Island Rock-legend Peppi Marchello passed away at the age of 68. Peppi was the lead singer and frontman of the Good Rats, an influential group Rolling Stone Magazine once dubbed “the world’s most famous unknown band.” Marchello was beloved by his legions of loyal fans; his publicist and close friend, Cliff Meth, put together a tribute book honoring Peppi and his legacy with the help of a Kickstarter campaign.

September - Mariano Rivera, Andy Pettitte Bid Yankees a Fond Farewell
Mariano River made his Major League Debut for the New York Yankees on May 23, 1995, and for nearly the entire time since he has turned baseball into an 8-and-a-half inning game for the Yanks. He has been an ALCS MVP (2003) and World Series MVP (1999), and has both the most postseason saves (42) and lowest postseason ERA (.70) among qualifying pitchers in league history, to go with his record 652 regular season saves. Mariano retired from baseball alongside Andy Pettitte, who entered the Yankee organization a month before him and has been with the club for most of the time since. Pettitte has the most postseason wins (19) of a starting pitcher in MLB history, and also holds the record for most playoff starts (42) and innings pitched (263). Both men were with the Yankees for the team’s last 5 World Series wins.

October - The Government Shutdown
Long Island stood with the rest of the country in anxious waiting as the Federal Government shut down for the first half of October. Disagreements over how much the government ought to continue spending as well as a push within the Republican-led House of Representatives forced a stalemate which lasted over two weeks. During this time a lack of approved funding forced a cessation of many federally-backed and government-run programs, and others were in danger of suffering the same fate were the partial shutdown to continue.

November - The Common Core
Many parents across Long Island and have lambasted the new Common Core Curriculum being introduced to public schools, but the criticism reached a fervent pitch when a University of Hofstra professor condemned the new standards for serious flaws  resulting from “the ideological point of view about literacy and learning of those who developed it.” Before long, the State Education Commissioner engaged in a tour of LI school districts to defend the Common Core.

December - PSEG Takes Over LIPA
The Long Island Power Authority fell under heavy criticism after taking weeks to restore power to many parts of the Island following Superstorm Sandy. Efforts led by Governor Cuomo among others eventually paved the way for most of LIPA’s duties to be handed over to New Jersey-based utilities provider PSEG. The final hurdle before the establishment of PSEG-LI was cleared at the end of December, and on January 1, 2014 PSEG will begin its new duties.