The iconic Long Island native will become the first franchise musician in the 130-year history of Madison Square Garden. 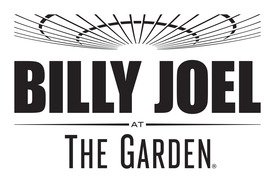 For over forty years Billy Joel has been delighting fans with heartfelt ballads, becoming one of the best-selling solo artists and highest grossing touring performers in the world. Soon, the Bronx-born Oyster Bay resident will be giving Long Islanders and other New Yorkers plenty of opportunity to take in one of his shows, as he will become Madison Square Garden’s first-ever franchise musician.

Joel’s first performance in the new series will take place on January 27, 2014, with additional monthly concerts already scheduled for February, March, April, and May. The May 9th show will coincide with his 65th birthday, and tickets will go on sale to the general public on December 7th.

“Today's announcement that Billy Joel is joining the Madison Square Garden family as their first music franchise is truly a momentous occasion,” said Governor Cuomo. “It is particularly fitting that these two great icons are coming together to make entertainment history right here in New York.”

The franchise will continue “as long as there is demand,” according to a statement made by MSG, and there certainly seems to plenty of that. The first four shows have already sold out, and Billy Joel’s 12 consecutive performances back in 2006 each sold out as well. Joel first performed at Madison Square Garden took place on December 14, 1978; he has played 45 additional concerts since.

“Performing at Madison Square Garden is a thrilling experience,” said Joel. “I've played different venues all over the world, but there's no place like coming home to The Garden. Since my first show in 1978, I've always looked forward to the energy of the crowd. I'm honored to be joining the Madison Square Garden family.”

“This new partnership will ensure that someone who has been such an important figure in our past, will also be a major part of our future,” added James L Dolan, executive chairman of the MSG company. “We welcome Billy home and look forward to many unforgettable nights of music at the Garden.”