Bravo's new series amps up the Long Island and Jewish stereotypes and tones down the real images of the island by focusing on six girls' search for finding the perfect man while living with their ... 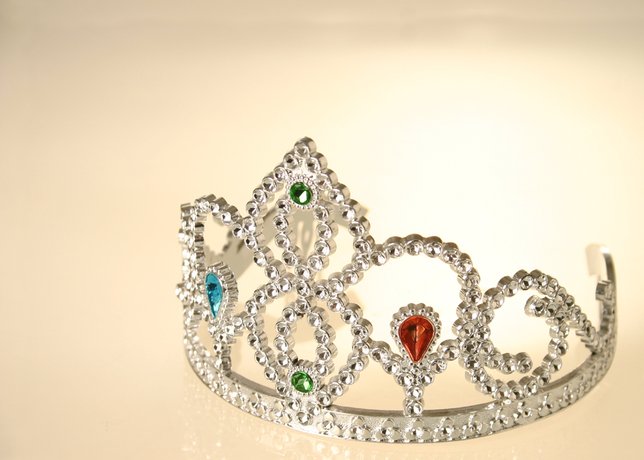 For those who tuned in Sunday night to “Princesses: Long Island,” it was clear that the show could be wrapped up in one word: stereotypical.

The Bravo series is similar to its sister series, “Real Housewives,” except it is infused with over the top Long Island – or Lawn-guy-land – accents interspersed with Yiddish and concerns of keeping kosher.

These voices belong to six young women from Nassau: Amanda Bertoncini (27) and Chanel "Coco" Omari (28) of Great Neck, Casey Cohen (28) of Jericho, Erica Gimbel (29) of Old Westbury, Joey Lauren (30) of Freeport, and Ashlee White (30) of Roslyn.  All of the women are single and live with their parents – a comfortable lifestyle that many of them are hesitant to give up.

“I think it’s normal that we live with our parents… it’s a Jewish thing, and it’s also a Long Island thing” said Chanel.

Though living with one’s parents as part of the “boomerang” generation is certainly becoming a “Long Island thing,” the girls continue to play off Long Island and Jewish stereotypes – from what good Jewish girls and boys do, to depictions of North Shore and South Shore girls.  Often the girls conflate caricatures of the rich and spoiled with characteristics of Long Islanders.

In one portrait of Long Islanders, Joey states, “The typical Long Island girl is so into status… the car you drive, the bag on your arm, and the man you date is pretty much who you are on Long Island.”

As far as dating material, Chanel says that “A typical Long Island girl is looking for a Wall Street, doctor-lawyer kind of guy.”

Of all of the princesses, Ashlee might be the most absurd.  Ashlee kicks off the “Princess” act when she goes for mani-pedis with her father (who receives one as well in the same polish color) where they talk about how she wants a man who is identical to her dad.  She then refuses to walk in the pedicure flip flops that the salon gave her (claiming that she can’t walk in flats – she can only walk in high heels), so she has her father push her around the floor on a chair with wheels.  Since she can’t put her heels back on to leave and she can’t take the chair out to the car, Ashlee is bold enough to ask one of the salon employees to carry her to the car.  The man is initially stunned, and she proceeds to ask if she can climb on his back.  He seems so confused that he complies and carries her all the way to her dad’s BMW.

Ashlee doesn’t let her pushiness stop there: She goes with the girls to a dress shop that is closed due to a power outage. Even though the credit card machine is down, she coerces the employees into letting her in to look at dresses in the dark without purchasing anything.

“I’m good at getting what I want. I always get my way,” smiles Ashlee in her reflection interview.

The “Princess” gang is brought together at a pool party at the giant Old Brookville home that Erica is house-sitting with some of Joey’s “South Shore friends” and a group of male personal trainers meant to be eye-candy.  It is not long before the characters launch into fights akin to those in the “Real Housewives” series with pushing and swearing galore. When a friend of Joey’s makes it a point to tell Amanda that she is Jeff’s Facebook friend and that he messaged her and “poked” her on Facebook, it is turned into an all-out, beer-throwing and shouting match.

“Princesses” is a disappointment for any viewer who is looking to see more of Long Island than a few privileged party girls and a few shots of giant North Shore homes, the Long Island Expressway, Long Island Rail Road, and the Long Island Sound.  Screen time is taken away from popular places on the island and instead allocated towards watching the girls drink, shop, fight, cry, and argue with their parents.

Though the show barely goes much below the superficial, it does hint at some bigger cross-Island issues, such as the large differences in culture and socioeconomic statuses in different towns.  It is hard to tell how to feel with scenes like Ashlee driving around Freeport and panicking because she sees green fences, couches on people’s porches, and people hanging out outside. Terrified, she calls her father for support and tells him “I know people don’t live like us – I just feel really bad for them. I just want to give everyone a hug and then get the hell out.”

This should be a wake-up call for some Long Islanders who are a little too isolated, but instead “Princesses: Long Island” proudly flaunts being ditzy and privileged – and leaves most of the island in the dust.