Long Island Digging Out After Nemo

How much snow fell in your neighborhood? Is your block plowed yet or are you still snowed in? Did you lose power? How has this storm affected your home, family or business? 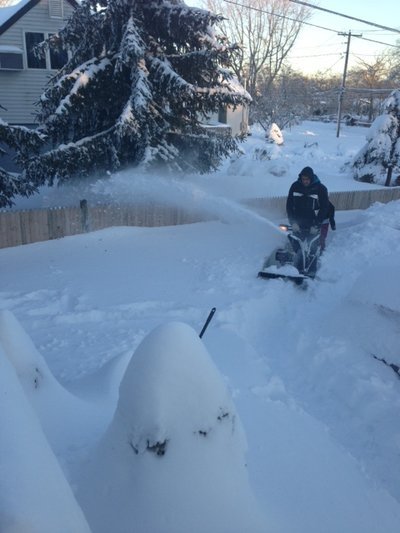 With historic snowfall totals coming in from areas all over Long Island of over 30 inches deep, digging out after Winter Storm Nemo is a challenge at best, affecting residents and businesses alike. Many highways, parkways and neighborhoods across Long Island have yet to be plowed as of Sunday morning, leaving roadways impassable and residents snowed in.

“As soon as we finally got the driveway cleared, the plows came through and we had to basically start over. But at least the road is clear now,” said Jennifer from Lindenhurst, “shoveling is never fun, but this is just crazy.” Her block, Venetian Boulevard, was inundated with about 24” of snow, which is less than other towns across Long Island.

Jennifer said the neighbors here were helping each other, clearing walkways and sidewalks with snow blowers and assisting elderly neighbors clear a path through the mounds of snow. She showed me photos her friends had posted on Facebook of snowdrifts completely covering their cars and inside shots of snow piled up and over windows and said, “The north shore and middle of the island really got hit hard. At least I could see the top of my car! I think the plows are doing the best they can to get it done, considering.”

Here are just a few of the photos submitted of cars under massive snowdrifts and residents clearing paths at their homes in Selden and Lake Grove. 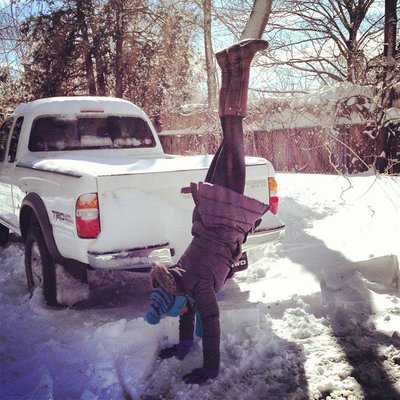 Many businesses on Long Island had to close their doors as well this weekend, due to the massive snowfall. Local business owner Desiree Palanisamy closed The LI Kula Yoga & Wellness Center in Bellport Village. “We had no choice but to close the doors on Friday due to the storm. We were hoping to open today, but the LIE and Sunrise Highway are still closed and the roads are terrible. At this point, we will just re-open tomorrow. Bellport Village has been working hard to clear the roads and clean up.” Desiree took advantage of the time to play with her son in the snow and practice “snow-asana” poses at her home.

Especially with Suffolk County being hit so hard, residents are urged to stay indoors and remain off of the roads if at all possible. Miles and miles of the Long Island Expressway, especially from exit 57 east, the Sagtikos Parkway and other major roadways were still impassable as of this morning. State roadways are currently being cleared and the LIE is expected to reopen today after 5pm. The LIRR has posted modified train schedules as some service has resumed.

Press releases from Governor Cuomo’s office assure that the state is doing what it can to dispense a variety of resources to clear roadways and get life “back to normal as quickly as possible.”

LIPA has issued a statement that it expects power to be restored to all homes and businesses on Long Island by Sunday night.

How much snow fell in your neighborhood? Is your block plowed yet or are you still snowed in? Did you lose power? How has this storm affected your home, family or business?

Please comment below or share your photos and experience with this historic winter storm by emailing us at: photos@longisland.com