The controversial TV series "Princesses: Long Island" receives more backlash after a photo shoot with poor taste at a local memorial for a fallen 9/11 firefighter. 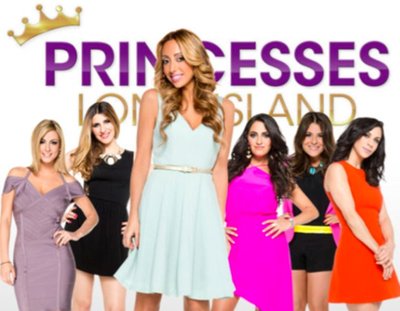 On last Sunday’s episode of Bravo’s controversial TV series “Princesses: Long Island,” footage was aired of cast member, Amanda Bertoncini, in which she orchestrated a crude photo shoot at a local 9/11 memorial. Immediately after the show aired, there was a serious backlash from viewers, who have expressed their distaste for what many considered to be an appalling display.
The statue was erected in tribute to Jonathan Ielpi - a fireman from Great Neck. He was a first responder at the World Trade Center after it was attacked on September 11, 2001, and was killed after getting trapped in the rubble.  He was only 29 years old at the time of the tragedy, and left behind his wife, and two children. The statue is located at the Jonathan Ielpi Memorial Park, honoring its namesake -  a six year FDNY veteran. A true man of the community, he also served as chief of Great Neck's Vigilant Volunteer Fire Company.
According to The New York Daily News, Melissa Ielpi-Brengel, Jonathan’s sister, was informed by a friend watching the show that night of the shocking display at the memorial. After hearing this distressing news, Ielpi-Brengel made a point to watch a rerun of that episode, and see for herself what had transpired. As she looked at the images, she became outraged - her brother’s memorial was being disrespected and dishonored. A similar reaction from the entire Great Neck community soon followed.
The shocking shoot was for promotional purposes for Bertoncini’s new drink holder product. The model was seductively posing with the statue as pictures were being taken. She was then instructed by the photographer to pretend to pour beer in the fireman’s mouth and pretend to kiss the statue. Bertoncini was heard in the background agreeing with the photographer’s suggestion.
Ielpi’s father Lee, who is president of the September 11th Families’ Association, says that Bravo producers are accountable for this since the video was recorded well beforehand and is only airing now. Lee, who is also a former firefighter spent months searching for his son’s body.
Bertoncini apologized on Monday through Facebook and asked people to forgive her and “understand that it was a spontaneous photo shoot without being aware that that statue was of sentimental value.”  Additionally, Bravo then released a statement regarding the incident, also apologizing on behalf of Bertoncini, and stating that the clip would be “immediately removed the footage from any future airings.”
To many locals, it seemed as though her apology was a contrived response, and many were simply not accepting it. Residents of Great Neck questioned Bertoncini’s naivete about the “sentimental value” of the statue, considering the scene was filmed in the park named after the town’s well known hero.
This reality show seems to continuously spark outrage and backlash from Long Islanders, who feel the show’s themes have consistently been in poor taste, and portray the Island in a negative light. When the show first aired, it had over 1.2 million viewers, according to Nielsen. However, since its initial debut, its ratings have slipped significantly - this past Sunday’s episode was watched by less than .8 million viewers.
What do you think about the Long Island Princesses shocking behavior? Let us know on our Forum Page, where you can discuss LI’s most controversial tv show!
[Sources: Daily News, Daily Mail, Bravo]
Photo Courtesy of Bravo TV.]