After Months of Clean Up After Sandy, Long Beach Medical Center Scheduled to Reopen Its Emergency Wing

Though much of the hospital is still closed, Long Beach Medical Center is looking to reopen the emergency wing within the next few weeks, and to potentially relocate other wings to temporary facilities. 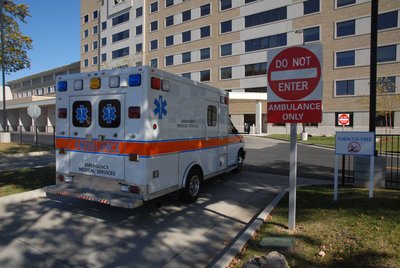 Officials announced this week that the Long Beach Medical Center hopes to reopen its emergency wing and some hospital beds within the next few weeks.

The four-story hospital, which was slated to reopen this week, was badly damaged in Superstorm Sandy.  The hospital’s basement was flooded with 10 feet of water, causing over $56 million in damage to the electrical, heating, and mechanical systems, as well as the pharmacy, central supply department, purchasing department, and family care center.  In addition to the massive undertaking of cleaning and repairing the building, the medical center hit multiple unforeseen snags in the opening process.

Sharon Player, a spokeswoman for the hospital, said Tuesday that many of the repairs to the facility have been completed, but Long Beach Medical Center could not open this week when it was realized that the fire-safety and sprinkler systems were damaged by salt water and had to be completely replaced.

The reopening of the hospital is welcome news to the over 500 hospital workers who were laid off since the storm in October, but only some workers will be admitted back since not all parts of the hospital are functional.

With the only emergency center on the island closed, Long Beach residents have had to travel to Oceanside or East Meadow for emergency care.

Player said that Long Beach Medical Center officials are also considering acquiring temporary buildings to house other hospital departments, such as the medical-surgical outpatient clinic, occupational, physical and speech therapies, and the diabetes education center.  So far, no announcement has been made regarding temporarily relocating these wings to other facilities, as the hospital’s primary focus was on opening the emergency wing.

In early April, Long Beach Medical Center announced that it was awarded $450,000 in grants for its Family Care Center to help offset the costs of the damage sustained in the hurricane.  The grants came in the form of two awards – one for $200,000 from the Robin Hood Foundation, and one for $250,000 from AmeriCares. The Family Care Center provides primary care for 2,000 adolescents and adults every year – nearly half of which are uninsured.