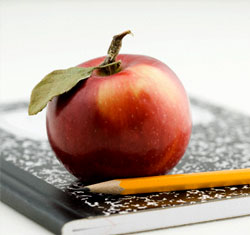 Long Island earned its place on the map for first-class education. One of the largest school systems in New York State outside of the NYC public school system, Long Island is also home to some of the best schools in the country. Each year many of our 127 public school districts in Nassau and Suffolk are recognized for stellar education programs and superior teachers. A report by Niche, Inc. ranks 42 Long Island schools in the top 100 in the state. There are 240 private schools as well, and combined there are nearly a half a million students taught by approximately 35,000 teachers in the public and private school systems. The region also boasts unparalleled special education programs for students with a wide spectrum of disabilities, as well as nationally leading ESL opportunities for bilingual students. Long Island also features considerable higher education opportunities, including over 17 colleges, universities, and trade schools.

The Suffolk County Public School District comprises two of the three major district cooperatives on Long Island, including Eastern and Western Suffolk County Public Schools. Eastern Suffolk is an education cooperative of 51 school districts, while Western Suffolk has 18 local school districts. The third major district cooperative is the Nassau County school system, encompassing over 50 districts. Each school within the Long Island system sets forth the goal of ensuring that every student meets or excels beyond the standards set in place by the New York State Board of Regents.

There are over 240 private school institutions on Long Island, about half having religious affiliations. There are many Roman Catholic and Christian schools such as St. Anthony’s in West Islip and Chaminade in Mineola; while several Hebrew schools include The Hebrew Academy of Long Beach and Schechter School in Jericho.

Non-sectarian private schools on Long Island offer the opportunity to learn in smaller classes with abundant resources. Buckley Country Day School in Roslyn is a kindergarten through eighth grade school that provides a continuous education setting to students by avoiding a separate middle school. Vincent Smith School also provides an alternative for parents seeking special education for their children; their customized curriculum is designed specifically to meet the challenges of learning-disabled students.

Charter Schools have evolved on Long Island over the last 15 years and offer an alternative to the traditional education system. While publicly funded, they are not bound by all the major rules and regulations of public schools. Instead, charter schools embrace creative teaching methods and educational reforms that set them apart from public schools. The Riverhead Charter School is one such school; it collects no tuition but offers a private school experience for students. Academy Charter in Hempstead opened its doors in 2009 in response to the need for better education in the community. It now has a total enrollment of almost 500 students.

The highly regarded State University of New York has several campuses on Long Island ranging from two-year community colleges to four-year, doctoral granting institutions. Stony Brook University is a world-renowned medical research institution that works collectively with a number of colleges in the immediate region and draws an elite array of international students from around the globe. The University oversees the Brookhaven National Laboratory and the Stony Brook University Medical Center, entities that are paving the way in technology and cutting-edge cancer treatment. Kiplinger's ranked Stony Brook as 29th in value for out-of-state students and 35th for in-state students.

Farmingdale State University is a widely-recognized leader in agricultural and architectural studies, and has also gained popularity for its dentistry and computer forensics programs. SUNY Old Westbury is a leader among Long Island colleges and universities for adolescent and middle childhood education. Providing an excellent first step toward higher education, Nassau and Suffolk Community Colleges offer associate degrees in a handful of programs, including their sought-after two-year nursing degrees. Because Long Island has a wealth of private industry, all of these schools offer many options in the way of internships and professional experience.

Long Island's private universities include both nonsectarian and religious affiliations. Hofstra University, founded in 1935, is the largest private university on Long Island with nine distinct colleges and schools, and an enrollment of approximately 6,000 full-time undergraduates with a total 12,000 enrolled students. St. Joseph's College, founded in 1916, offers a well-rounded liberal arts education and has an enrollment of approximately 5,000 students.

Five Towns College in Dix Hills is best-known for its music and television production programs, offering instruction in many fields of entertainment and performing arts. Long Island University, founded in 1926 as a means of providing affordable higher education to the residents of Long Island, is today best known for programs in health sciences, businesses, and education.

Post-secondary school opportunities for professional development are abundant as well on Long Island. High school graduates can pursue vocations in auto mechanics, healthcare, technical training, and cosmetology at professional training institutions and trade schools across the island. Many of these programs offer a fast-track to a successful career without the expenditure of college tuition.

Some occupational paths include business and technology at Hunter Business School in Medford and Levittown; medical assisting and aviation at BOCES; HVAC and electrical at Electrical Training Center in Copiague; and fashion and interior design at the Metropolitan Institute of Interior Design. Visit our directory to find out about these and professional programs offered on Long Island.