Update: Brian Boitano Comes Out as Gay After Selection to US' Olympic Delegation

As relations between the two nations grow increasingly strained, the President took a clear stand against Russia’s anti-gay policies. 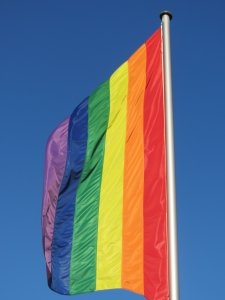 Update, 12/19/13, 3:00 PM – After being chosen as a member of the US delegation to the Winter Olympics, 1988 figure skating gold medalist and current Food Network host Brian Boitano has announced that he is gay.

“I am many things: a son, a brother, and uncle, a friend, an athlete, a cook, an author, and being gay is just one part of who I am,” Boitano said in a statement to the press. “First and foremost I am an American athlete and I am proud to live in a country that encourages diversity, openness and tolerance.”
Boitano joins Caitlin Cahow and Billie Jean King as one of three openly homosexual athletes representing the United States during the 2014 Winter Olympic Games’ opening and closing ceremonies. The games are to be held in Sochi, Russia, where authorities have recently enacted controversial laws against what they call “homosexual propaganda”

Original story, 12/18/13 - US Sending Gay Athletes to Sochi Olympics, Despite Russian Anti-Gay Laws
For the first time in over ten years, there will not be a US President, Vice President, or first lady at the Olympics. When the 2014 Sochi Winter Olympic Games hold their opening and closing ceremonies there will be a delegation to represent the United States, but the President will be conspicuously absent.

Perhaps the most notable members of the delegations, however, will be Tennis Hall of Famer Billie Jean King (attending the opening) and ice hockey silver medalist Caitlin Cahow (attending the closing events). In addition to being heavily decorated, both athletes are openly homosexual, and their presence is an unsubtle shot at Russia’s recent rash of anti-gay policies.

A statement made by the White House announcing the members of its delegation makes no mention of the athletes’ orientations, though it is not difficult to surmise the intent behind sending these individuals. Relations between the US and Russia have rarely been strong, but they have become exceptionally strained over the past year.

At the end of last December, Russian Prime Minister Vladimir Putin signed a bill prohibiting Americans from adopting Russian children, and in August of this year the country granted temporary asylum to NSA leaker Edward Snowden. A week later, President Obama cancelled a meeting with Putin scheduled for September, and by the end of the month Russia was using its position in the UN to block US action in Syria. In September, Putin sent an Op-Ed to the New York Times asking the American people directly not to encourage military action in Syria, and did not shy away from criticizing the White House or the US.

Now President Obama has effectively snubbed Russia by not sending any active high-ranking officials or past presidents as part of his delegation, and in the same action shown his opposition to the country’s new anti-homosexual laws.

The legislation, which has drawn heavy condemnation from much of the international community, places a ban on “propaganda of nontraditional sexual relations.” Critics have said the law is so vague that Russian authorities could have people arrested for holding hands with members of the same gender in public, or wearing rainbow-colored clothing.

In sending two gay athletes as part of his delegation, the president makes a clear statement to the Russian government. Press Secretary Jay Carney verbalized that message at briefing today, saying “We have been very clear, the president has been very clear that he finds it offensive—the anti-LGBT legislation in Russia.”