Two cases regarding the rights of same-sex couples make their way to the Supreme Court, including one case from a New York City couple. 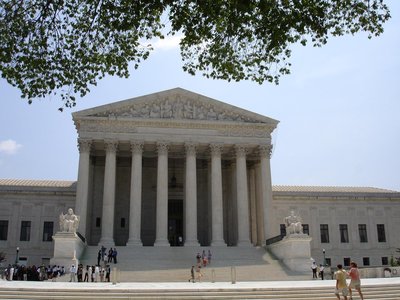 On Friday, the Supreme Court announced that it will be hearing two cases regarding same-sex marriage, including one case from New York that may bring the federal government to grant benefits to same-sex couples.

United States v. Windsor challenges Section 3 of the Defense of Marriage Act from 1996, which states that marriage is between a man and a woman.  This definition of marriage is applied to over 1,000 federal laws and programs, which ignore same-sex marriages even in the states in which they are legal.

The case refers to New York City residents Edith Windsor and Thea Clara Spyer, who had been together for over 40 years when they married in Toronto, Ontario in 2007.  When Spyer passed away in 2009, Windsor inherited her property, and was hit with an inheritance tax bill of $363,000.   Due to Section 3 of DOMA, the Internal Revenue Service could not consider Windsor to be a surviving spouse, whereas a surviving spouse in a heterosexual marriage would not have to owe the tax.

The second case being heard challenges California’s Proposition 8, a referendum that stripped away the right of same-sex marriage that was previously made legal by the state’s courts.  The Supreme Court has the discretion to establish same-sex marriage as a constitutional right, deny this as a right, or only allow it to be legalized in the state of California where the case originated.

The two cases will likely not be heard until late March, and a ruling is not expected until late June.