The president acknowledged that his “red line” has been crossed, though action against Asaad’s Syria has yet to be taken. 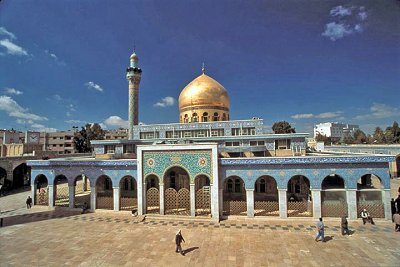 After two years of civil way and months of reports that the Syrian government has used chemical weapons on its own people, President Obama announced on Wednesday that he was sure those claims were accurate.

“We have looked at all the evidence and we do not believe the opposition possessed… chemical weapons of that sort. We do not believe that, given the delivery systems—using rockets—that the opposition could have carried out these attacks. We have concluded that the Syrian government in fact carried these out. And if that’s so, then there need to be international consequences,” said Obama in an interview on “PBS NewsHour.”

The president has previously referred to the use of chemical weapons as a “red line” which, if crossed, would have serious ramifications. Despite his new conviction in the Bashar Assad government’s guilt, however, he has not yet committed to any particular course of action.

“I’ve not made a decision. I have gotten options from our military, had extensive discussions with my national security team,” the president said.

Earlier in the day, a resolution was proposed to the UN Security Council which would have given an international coalition authorization for "all necessary measures" to protect civilians from chemical weapons. The resolution was, however, blocked by both Russia and China. Russia, which held military supply contracts with Syria during Soviet times, remains a strong ally to Asaad. The sole Russian naval installation on the Mediterranean Sea is a base located in Tartus, Syria, and the country likely fears losing access to its repair and replenishment spot should Asaad be overthrown.

UN Secretary-General Ban Ki-moon called for a peaceable approach to resolving the crisis in Syria, stating that “We must pursue all avenues to get the parties to the negotiating table,” as he believes there is no military solution to the problem and such an attempt would only result in more violence in the region.

Ban referred to the potential use of chemical weapons as “an atrocious violation of international law,” but was not ready to make the same condemnation of Asaad as President Obama, pointing to the ongoing investigation of UN inspectors in Syria.

“Just days after the attacks, they [inspectors] have collected valuable samples and interviewed victims and witnesses. The team needs time to do its job,” said Ban.

Those investigators have been under duress, however, as their convoy was attacked by snipers on August 21 en route to the Damascus suburb where chemical weapons were recently alleged to have been used. It remains unknown who fired upon the convoy, but the country has been as difficult to navigate for foreigners as for those fighting in the conflict—a Syosset man who had been captured and tortured by rebels in the country returned home only days ago after spending the entire year imprisoned.

Officials from both the US and the UK have vowed to take action, even if a resolution cannot be passed in the United Nations. Just what that action would entail remains unclear, as both countries still need to sort out their level of commitment to military strikes internally.