Expansion Will Accommodate More Fans, Improve Facilities and Infrastructure and Create Over 1,500 Jobs. 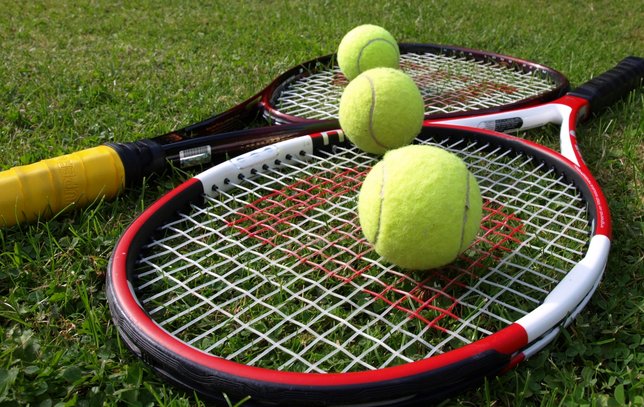 “As the site of the US Open, the Billie Jean King National Tennis Center brings thousands of fans to New York every year, boosting our tourism industry and spurring local economic activity,” Governor Cuomo said. “New York is proud to showcase the biggest players in tennis at this annual event, and I am committed to making this facility the best it can be to attract and host more events like the US Open. Today's legislation will help make that possible, by allowing the expansion and improvement of this sports complex, while also creating more than 1,500 jobs for the community. From CitiField to Yankee Stadium to the Billie Jean King National Tennis Center, New York offers the best venues for sports and entertainment in the country.”

The signing today will provide for a nearly one acre boundary expansion of the entire complex and a return to the New York Department of Parks of 1.56 acres of land for public recreational use. The planned improvements include a new row of tennis courts, the addition of a fenced and landscaped border area to improve spectator safety and circulation, and new positioning for the grandstand stadium. Additionally, out-of date infrastructure will be repaired and upgraded, and public plazas and promenades will be expanded to accommodate up to 10,000 additional fans per day during US Open tournaments. Expansion of the complex is expected to create approximately 800 construction jobs and an additional 776 full-time jobs for Queens residents over a 10-year period.

New York State Senate Co-Leader Dean G. Skelos said, “Approval of this bill will pave the way for an historic expansion of the USTA's National Tennis Center, which will create new jobs and opportunities for economic growth in and around the New York City area. In addition, this expansion will ensure New York will play host to the country's premier tennis tournament for years to come, and our residents can continue to experience world class men's and women's tennis right in their own backyard.”

Assemblyman Jeffrion L. Aubry said, “The US Open is the premier sporting event in Queens, when the eyes of the world are on us. This expansion will secure the excitement and tradition of world class tennis in our community and state for both today’s tennis fans and those of the future. This will not only improve the tennis experience for both fans and competitors but it also will enhance the economic impact of the US Open and the National Tennis Center, both of which are proven revenue generators and a benefit to the city’s economy.”

“The USTA is proud of its rich history in New York, which dates back to 1915,” said Dave Haggerty, USTA Chairman of the Board and President. “As the world’s largest annual sporting event, the US Open is proud to bring worldwide attention to the city and state that it calls home, and is pleased that this legislation will allow the longstanding tradition to continue.”

The Billie Jean King National Tennis Center is the largest public tennis facility in the world. It is operated by the United States Tennis Association (USTA) for the City of New York, on land leased from the City in Flushing Meadows-Corona Park, in Queens. The complex hosts the US Open Tennis Championship, one of the premier sporting events in the world. In 2010, the US Open generated an estimated $756 million in positive economic impact for New York City, an increase from $420 million in 2001 and $145 million in 1991. The Tournament also creates 6,000 seasonal jobs annually, with 85% of employees from New York City and 41% from Queens, specifically. These jobs generate approximately $40 million in employee compensation.