An unlikely opportunity for a peaceful removal of chemical weapons for Syria has presented itself in recent days. 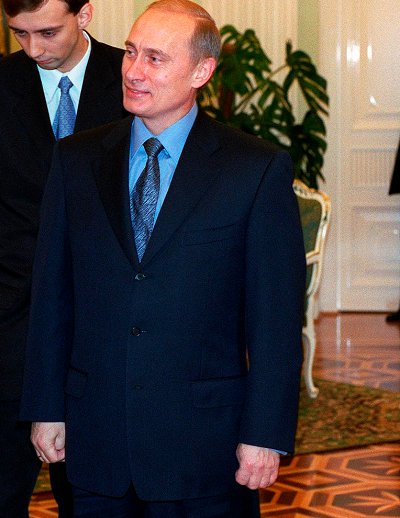 The United States looked all but poised for conflict as President Obama spent the last two weeks presenting his case for a military response to the Assad government's presumed use of chemical weapons in Syria. An off the cuff remark by Secretary of State John Kerry has, however, evidently sparked a chain reaction that may prevent any sort of strike from occurring at all.

Kerry appeared sarcastic when he responded to a question on what Assad could do to stop an assault by US forces by saying the regime could turn over every last one of its chemical weapons, but Russian diplomats seem to have seized on the comment and quickly opened a dialogue in which Assad has reportedly warmed up to the idea of giving up his stockpiles.

The turnabout was unexpected, though the President said he was ready to pursue this newfound diplomatic route in an address to the nation on September 10.

“In part because of the credible threat of U.S. military action, as well as constructive talks that I had with President Putin, the Russian government has indicated a willingness to join with the international community in pushing Assad to give up his chemical weapons. The Assad regime has now admitted that it has these weapons, and even said they’d join the Chemical Weapons Convention, which prohibits their use,” he said.

President Obama postponed a scheduled congressional vote to authorize the use of force in Syria so a more peaceable approach could be tested, though he noted that the military would maintain its current posture near the country should Assad unleash another round of chemical weapons.

“It’s too early to tell whether this offer will succeed, and any agreement must verify that the Assad regime keeps its commitments. But this initiative has the potential to remove the threat of chemical weapons without the use of force, particularly because Russia is one of Assad’s strongest allies.”

In light of the step back from the brink of military action, Russian President Vladimir Putin made a direct plea to the American public in an op-ed published by the New York Times yesterday.

“The potential strike by the United States against Syria, despite strong opposition from many countries and major political and religious leaders... will result in more innocent victims and escalation, potentially spreading the conflict far beyond Syria’s borders," he said. "A strike would increase violence and unleash a new wave of terrorism. It could undermine multilateral efforts to resolve the Iranian nuclear problem and the Israeli-Palestinian conflict and further destabilize the Middle East and North Africa.”

Putin stated that the conflict in Syria is not a battle for democracy, but a conflict between one regime and several factions including extremists, several organizations considered to be terrorists by the US, and mercenaries from other Arab nations. He added that Russia's advocacy for peaceful dialogue was not in support of the Assad government, but in protection of international law which he believes prohibits unilateral military action. The Russian leader also reiterated his stance, in direct contrast to the White House's findings, that chemical weapons were used by rebels rather than the Syrian government.

President Putin was critical of American policies and recent international actions in varying (sometimes non-existent) degrees of subtlety throughout his op-ed, at one point saying “It is alarming that military intervention in internal conflicts in foreign countries has become commonplace for the United States... Millions around the world increasingly see America not as a model of democracy but as relying solely on brute force, cobbling coalitions together under the slogan 'you’re either with us or against us.' ”

Despite his sometimes combatant tone, Putin made the point that the potential for a peaceful removal of chemical weapons from Syria is now possible.

“A new opportunity to avoid military action has emerged in the past few days. The United States, Russia and all members of the international community must take advantage of the Syrian government’s willingness to place its chemical arsenal under international control for subsequent destruction. Judging by the statements of President Obama, the United States sees this as an alternative to military action.”

The White House Press Secretary, Jay Carney, responded to Putin's comments in a conference yesterday afternoon by saying it was a monumental step forward for Syria to admit it has chemical weapons, which it has denied for two decades, and for Russia to cease years of efforts to block action against Assad. He added that Russia's standing in the eyes of the world could be significantly impacted by the outcome of this situation.

“I think that it demonstrates that Russia is now putting its prestige on the line when it comes to moving further along this diplomatic avenue. Russia is Assad’s and Syria’s closest ally. Russia has played the role of blocking international efforts thus far to hold Assad accountable. And the proposition that they put forward to deal with Assad’s chemical weapons presents a real opportunity, if it were to be successful.”