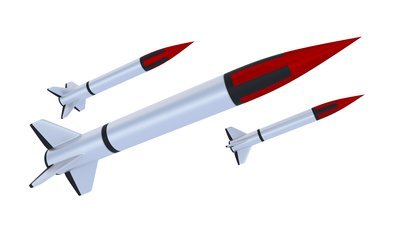 Today’s threat represents a major escalation of North Korea’s vow to destroy the U.S. in a sacred war, calling the sanctions part of a “war of aggression.” According to a statement published by the nation’s state-run news agency, the North vowed to “display the might . . . it built up decades after decades and put an end to the evil cycle of tension.”

North Korea, with its state-controlled media, routinely describes sanctions as efforts by larger nations to cause its demise, using the propaganda as a means to build its army in order to defend its sovereignty.

“If the enemy comes at us with a dagger,” the North said in its state-run newspaper, “we’ll draw out a big sword to slice him in pieces, [and] if he comes with a rifle we’ll turn a big gun to blow him off, and if he threatens with nuke, we’ll face up to him with more powerful and accurate nuke strike means of our own.”

Although North Korea has invested billions into its weapons program and has cooperated with Iran and Pakistan, security analysts do not think the nation has the ability to successfully strike the United States with a nuclear weapon. Last December, the North successfully launched a long-range rocket into orbit; but, experts say, years of testing are needed before a country can expect to launch small nuclear warheads with precision and the confidence that they will successfully hit their intended targets.

For North Korea, sanctions make it extremely difficult to conduct the required testing since they ban every kind of launch and discharge. However, since 2006, North Korea has repeatedly used sanctions as an excuse to carry out further testing; and this pattern has continued under the leadership of Kim Jong Eun, who came into power in December, 2011.

In addition, information about North Korea’s statement regarding the preemptive nuclear strike is somewhat conflicted. The Korean-language version suggests that the North would only strike if “invaders” breached its borders, but the English-language version of the statement says the strike will be carried out against “aggressors.”

“So there’s some nuance in there,” said Dan Pinkston, a Seoul-based security expert for the International Crisis Group. “It’s not like a barge is going to float up the Potomac and a nuke will go off. Still, it’s problematic. . . . This says something about their doctrine with nuclear weapons. It says, ‘If we’re invaded with conventional weapons, we will respond with nuclear strikes.’ ”

It is significant that the latest U.N. resolution, which will likely be voted on today, was drafted by the United States and China, a nation that has, at times, opposed international sanctions against North Korea.

“The sanctions [up for vote] will significantly impede North Korea’s ability to develop further its illicit nuclear and ballistic missile programs,” said Susan Rice, the U.S. ambassador to the United Nations. “These sanctions — as well as a commitment to take further significant measures in the event of another launch or nuclear test — will demonstrate clearly to North Korea the continued costs of its provocations.”

The latest sanctions come in response to a Feb. 12 underground test of what the North described as a miniaturized nuclear weapon.

We value our readers’ views and comments. Please include them below or on our Long Island Living Discussion Forum.