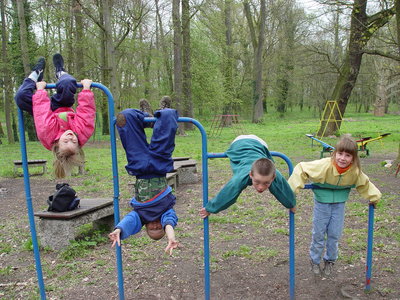 Russian President Vladimir Putin signed a bill Friday that will change the lives of many American couples looking to adopt:  Russia is no longer allowing American citizens to adopt Russian children.

The ban will be effective as of Tuesday, which will not grant enough time to many American couples who are in the final stages of adoption – many of whom have already met the children they were about to adopt.

The Federation Council, which is the upper chamber of Parliament in Russia, approved the bill unanimously on Wednesday, and Putin quickly signed the bill.  Putin swore to release a “presidential decree changing the procedure of helping orphaned children, children left without parental care, and especially children who are in a disadvantageous situation due to their health problems.”

The bill that included the ban on adoptions from United States citizens was written as a political stratagem in response to the Magnitsky Act, a law signed earlier in the month by President Obama that will make it illegal for Russian citizens accused of violating human rights to travel to the United States and from owning real estate and assets within the country.

The Obama Administration did not originally support the bill in order to maintin a positive relationship with Russia, but was pressured by Congress into responding to Russia’s abuses of human rights.  To avoid retaliation, the Magnitsky Act was also gave Russia the new status of a full trading partner of the United States.

Approximately 1,000 Russian children were adopted by American couples in 2011 – just a fraction of the 120,000 children who are eligible for adoption in Russia.

Many American couples and single parents looking to adopt fear that these orphans will continue to be subjected to the harsh orphanage environments in high poverty areas for years to come, and question why the children cannot have a chance for a better life in the United States.

“There are probably many places in the world where living standards are better than ours,” Mr. Putin said to reporters. “So what? Shall we send all children there, or move there ourselves?”

The United States government is continuing to try to dissuade Russian officials from potentially harming children for the sake of politics.

Said State Department spokesman Patrick Ventrell, “We have repeatedly made clear, both in private and in public, our deep concerns about the bill passed by the Russian Parliament.”