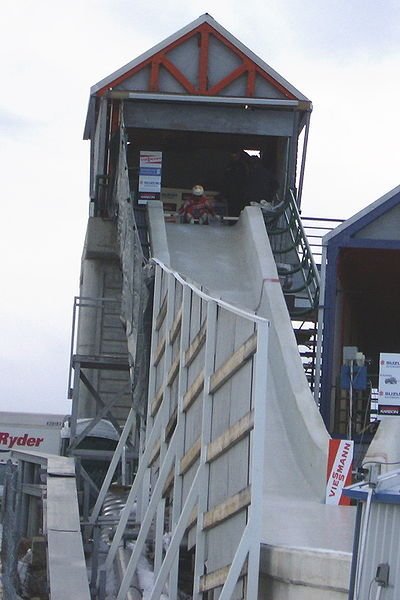 "It's my dream. It's my life," said Kelly, 19, in a phone interview with Newsday. "I've made so many sacrifices and have suffered so many broken bones and crashed countless times. You lose so many races, it makes you try to stick around to feel what it's like to win."

"It's still pretty surreal because I know I'm telling people I made it to the Olympics, but I don't think it will really sink in until I am there," said Mortensen, 28.

Before graduating from West Islip High School, Kelly moved to Lake Placid in New York’s Adirondacks when he was just 15 to follow his love of luge racing. He graduated from the National Sports Academy, a boarding school and training center that houses winter sports athletes.

Both athletes have paid a high price to pursue their dream of winning at the high-stakes winter sport. A few years ago, Kelly broke a vertebra in his back and has suffered countless injuries since then, including a broken ankle. Mortensen, who has been luging for 16 years, has also suffered many injuries.

"It's a huge lifetime achievement," said Mortensen, who said he joined the National Guard in 2010 and utilized its World Class Athlete Program for financial support.

Kelly’s first exposure to the extreme sport came while watching the 2006 Winter Games with his mother. Soon thereafter, he began researching luge racing. After attending a tryout in Farmingville, he received an invitation to a screening camp in Lake Placid. Kelly’s performance there earned him a spot on the U.S. National Junior Luge Development team.

"I've always liked dangerous stuff," Kelly said. "I guess there's nothing else that really compares to riding a sled down ice at 90 miles per hour. It's a pretty extreme form of sledding."

With a 14th-place finish and two 21st-place finishes, Kelly became one of the youngest men ever to qualify for a spot on the U.S. Olympic luge team, according to press officer Sandy Caligiore.

"It's almost like I knew there was something more in store for me," Kelly said. "West Islip is a great town, but I don't play lacrosse."