State Senator Pushes for Limits on Disclosure of Pistol Information

Sen. Greg Ball, who represents New York's 40th District, is calling for legislation to limit the disclosure of pistol information following the publication of lawful gun owners names and addresses in a New York newspaper.

There have been various twists and turns in the debate over gun violence and control since the shooting deaths of 20 young children and six faculty members at Sandy Hook Elementary in Newtown, Conn. on Dec 14.

The NRA has suggested posting armed security within our schools, the White House has been flooded with petitions to limit the sale of certain weapons, and Vice President Joe Biden is currently working with a task force to examine possible solutions to what the world now calls, “the American problem.” 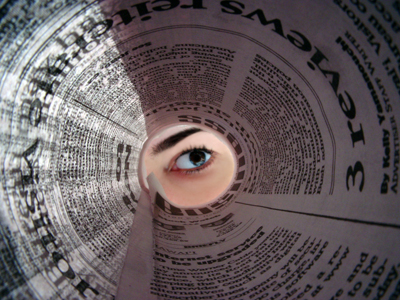 In the midst of a fiery debate, The Journal News, a New York newspaper with a circulation between 85-110,000 in the lower Hudson valley, in an effort to illustrate how many guns are present in the area, published the names and address of licensed pistol owners.  The information was obtained through a Freedom of Information request, and all but one county, Putnam, responded before the original publication date.  The county governments provided the names and addresses, but refused the request for more detailed information including how many, and what type of weapons are owned.
Now, an outraged New York State Senator representing the 40th District which borders Connecticut, is proposing legislation to limit the information that can be made public regarding gun licenses.  Part of the effort would also include preventing newspaper sfrom publishing similar articles in the future.
Sen. Greg Ball (R, C) released a statement saying: “The asinine editors at The Journal News, have once again gone out of their way to place a virtual scarlet letter on law abiding firearm owners throughout the region. The immediate elimination of the information posted on the Journal News Website is the only way we can ensure the safety and liberty of these New Yorkers. This is clearly a violation of privacy, and needs to be corrected immediately. The same elitist egg heads who use their editorial page to coddle terrorists and criminals are now treating law abiding citizens like level three sexual predators.”
Ball calls the detailed map that accompanied the article “a virtual list for criminals and nut jobs,” saying that criminals can now find weapons to steal from “lawful owners for the later use in the commission of crimes.”
“This map is bad for the good guys and good for the bad guys,” Ball told Politicker.
The debate over gun control and violence will inevitably come down to an argument over the strength and interpretation of American freedoms defined by the Bill of Rights.  Just as the NRA has successfully lobbied for the preservation of a broad interpretation of the second amendment, which reads, “A well regulated militia being necessary to the security of a free state, the right of the people to keep and bear arms shall not be infringed,” the press is protected by the first amendment which aligns the freedom of the press with the freedoms of religion, petition, assembly and speech.
Sadly, the debate has not advanced beyond its state prior to the Sandy Hook Elementary shootings, and thus far, all that either side appears to have accomplished is demonstrating that while it is important to preserve our American freedoms, there needs to be much consideration in how we exercise them.
Share your thoughts on this article by posting your comment below, or by visiting our Long Island Living discussion forum.