State of LI: "Back to Normal" After Devastating Winter Storm Nemo

The LIE will be closed from Exit 57 to Exit 73 until 5 p.m., but most state roads have reopened, and service has returned to particular branches of the LIRR. 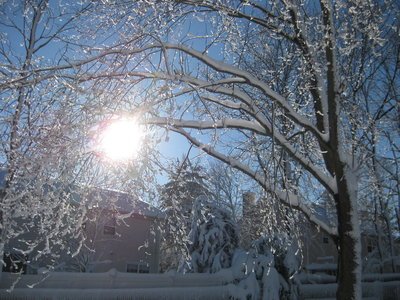 For most of Long Island, the 40-degree temperatures expected to arrive on Monday cannot come soon enough to melt away the aftereffects of Winter Storm Nemo, as most of Long Island is still largely immobilized by unplowed roads, highways, and train tracks.

27 miles of the Long Island Expressway will be closed in both directions between Exit 57/Nichols Road to Exit 73/Riverhead from 7 a.m. to approximately 5 p.m. to remove snow around the plethora of stranded vehicles.  Governor Andrew Cuomo sent 135 snow plows from upstate to lend a hand to the 300 New York State Department of Transportation vehicles in Suffolk, and emergency contractors have also been hired for the project. It is still unknown as to how long it will be before any plows effectively clear town roads.

State roads are roughly cleared, and opened at 2:30 yesterday afternoon.

Motorists are still being urged to avoid unnecessary travel.

As for the Long Island Railroad, the MTA is working on a modified schedule, and has restored some services, including service on the Ronkonkoma, Huntington, Babylon, Port Washington, Far Rockaway, Long Beach, Hempstead and Oyster Bay branches.

“Until service is fully restored, our crews will continue working around the clock clearing snow and ice from the tracks, clearing yards, inspecting signals, train equipment, switches and grade crossings,” said President of the LIRR Helena Williams, speaking of the 1,200 LIRR employees who have been working before, during, and after Winter Storm Nemo to keep the train service as operable as possible.

As far as powering the island, LIPA said in a statement at 6 a.m. Sunday morning that they expect power to be restored to all homes and businesses on Long Island by Sunday night.

For more updates regarding traffic and weather news across Long Island, keep up with LongIsland.com throughout the day.