President Barack Obama held his first press conference on gun control on Wednesday where he announced that Vice President Joe Biden will be leading a multi-agency task force with the objective of crafting new gun policies. 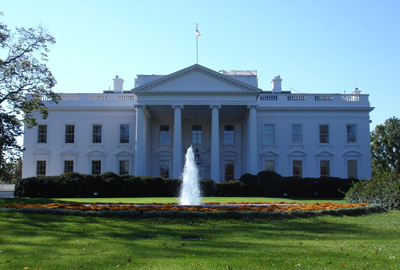 Speaking from the James S. Brady Press Briefing Room, named for press secretary who was shot and permanently disabled during an assassination attempt on President Ronald Reagan in 1981, the President said the proposals are expected to be completed by January.
The President acknowledged the political divide that has prevented action on this issue in the past eight years.  "But the fact that this problem is complex can no longer be an excuse for doing nothing,” the President said, calling on political leaders to set aside ideologies in order to generate viable proposals to curb gun violence.
Obama said he believes that most Americans support banning military assault-style weapons with a reinstatement of the Federal Assault Weapons Ban that expired in 2004.  Such a law would bar the sale of high-capacity ammunition magazines, as well as requiring background checks on gun buyers before all gun purchases, and closing the “gun show” loophole that allows unregulated sales at gun shows.
The President also called for increasing access to mental health care for all Americans, saying that enacting gun control legislation will not serve as a solution on its own.
Following last week’s shooting of 20 school children, six faculty members and Nancy Lanza, the shooter’s mother, many pro-gun advocates have shifted their positions on the topic, and have expressed solidarity in this new effort to create new gun control legislation.
Obama assured the press corps that this task force will not be “some Washington commission.” This is not something where folks are going to be studying the issue for six months and publishing a report that gets read and then pushed aside. This is a team that has a very specific task to pull together real reforms right now," the President said.
Though the President has actually expanded gun rights during his first term, Obama countered criticism for not making gun control a priority following previous mass shootings, saying he has been dealing with the worst economic crisis since the Great Depression.  Obama received an “F” rating from the Brady Campaign to Prevent Gun Violence, though the group said on Wednesday that the task force is a “tremendous step forward.”
The proposals issued by the task force will be detailed in the President’s State of the Union address, which will be delivered in late-January.
The NRA will be holding a press conference on Friday to discuss the issue.
Share your thoughts on this article by posting a comment below, or by joining the discussion of gun control and coping with the Sandy Hook Shootings at our Long Island Living discussion forum.