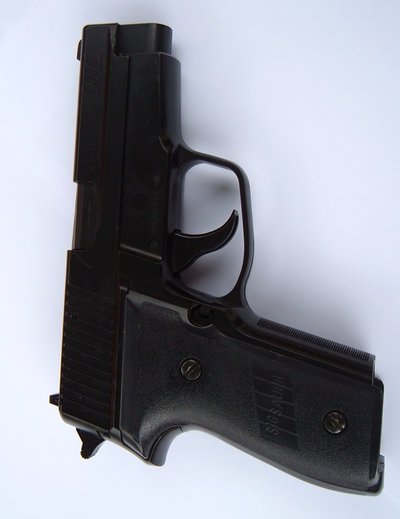 Three Wanted in Pawn Shop Robbery
Nassau County police are investigating a robbery that occurred on Friday morning at a pawn shop on Sunrise Highway in Freeport.

According to police, three unidentified black males entered Freeport Cash for Gold just before 11 a.m. on Friday. The men were wearing dark hooded sweatshirts and were carrying handguns.

Two men, ages 61 and 29 were working at the shop when the robbery occurred. One of the suspects removed the cash and credit cards from the 29-year-old victim. Both victims were then taken into the back of the shop and were ordered to open the safe. The victims' hands were then bound as the suspects fled the scene with an undetermined amount of cash and jewelry.

The subjects were seen heading westbound on Sunrise Highway in a dark colored Nissan Maxima with possible North Carolina plates. The victims were not injured during the robbery.

Anyone with knowledge of this incident should contact Nassau County Crime Stoppers at 1-800-244-TIPS. Tips will be kept anonymous.

Man Caught Stealing $71k from Employer
A Brooklyn man was arrested on Friday after allegedly stealing over $71,000 from his employer.

Police said that Erol Desire, 49, was employed at a business in Nassau County. Desire was caught stealing cash from bank deposits. He was captured on video on five different occasions between July 2013 and October 2013.

Police did not report the name of the business. Desire is being charged with Grand Larceny 2nd Degree. He was scheduled for arraignment on Saturday at First District Court in Hempstead.