Long Island has an early history of roads and automobiles in America. Today, it can surely be said that Long Islanders are living up to this American legacy. There are 19 major highways on Long Island. The most travelled you can say are the major roads like the Long Island Expressway (LIE), Northern State Parkway, and Southern State Parkway. There’s so much ground to cover, totaling 1,377 square miles of land area. There's also the LIE running a significant width of Long Island and serving as a main artery. It’s no surprise that the LIE is a road heavily travelled on each day and known to be congested at all-times of the day that it has earned the recognition by locals as “The World’s Longest Parking Lot.” The following is a listing and brief description of the main roads and other highways.

Interstate 495/Long Island Expressway
I-495, commonly known as the Long Island Expressway or LIE, is Long Island's main freeway. It runs for 71 miles all the way from the Queens-Midtown Tunnel in Manhattan to County Route 56 in Riverhead, just before the forks split on LI's east end. Though it does not connect directly to its parent route, I-95, it is adjoined to the I-95 via I-295 in Queens.

The route was built in stages over the course of the mid-20th century with the first section, the Queens-Midtown Tunnel, opening to traffic in November of 1940. The last two miles between exit 71 and CR 58 were completed in June of 1972. HOV lanes were later added and now run from exit 31 to exit 64.

Meadowbrook Parkway
The Meadowbrook Parkway is part of the State Parkway system, serving as an alternate route to Jones Beach. It travels North and South through Nassau County and no commercial traffic is permitted on this road. 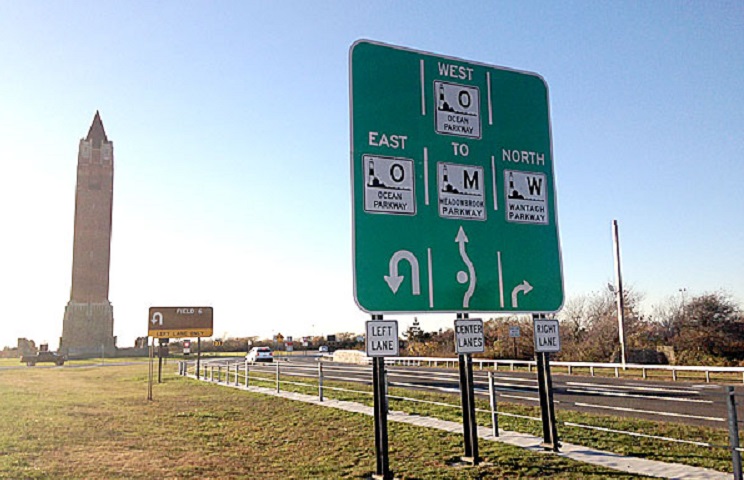 Ocean Parkway
The Ocean Parkway travels East and West along the south shore of both Nassau and Suffolk Counties.

Heading Westbound from Sunken Meadow Parkway on Route 25A in Fort Salonga.

Route 25, Jericho Turnpike
Route 25, or Jericho Turnpike, is a major East and West travelling highway that spans the distance from east midtown Manhattan to Orient Point at the end of Long Island's northern tip.

Route 27
Route 27, or Sunrise Highway, travels East and West on the South Shore of Long Island between New York City and Montauk Point in Suffolk County.

Route 27A
Route 27A, commonly known as Montauk Highway, connects Jamaica, Queens to Montauk Point, the eastern most point on the southern tip on Long Island. 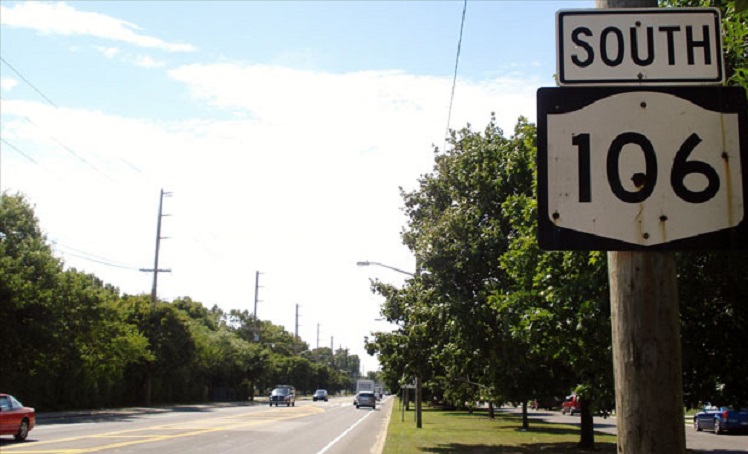 Route 110
Route 110, also know as Broadhollow Road, travels North and South near the border of Nassau and Suffolk Counties, connecting Amityville and Huntington.