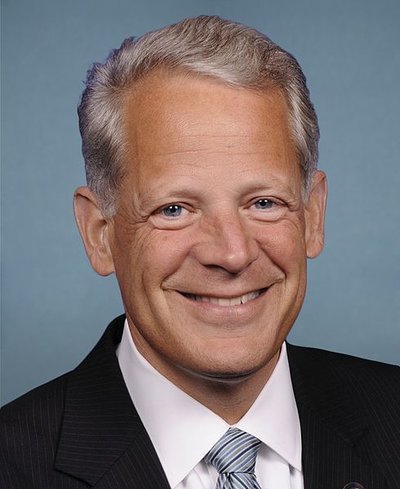 Together with NYS Sen. Tony Avella (D-Bayside) and NYS Assemblyman Edward C. Braunstein (D-Bayside), Rep. Steve Israel (D-Huntington) Monday called for immediate passage of legislation to move Election Day from the first Tuesday to the weekend after the first Friday in November. The legislation is designed to increase voter turnout by making voting more convenient.

“Tomorrow voters around the country and in New York will have the opportunity to head to the polls and cast a vote. However, many eligible voters won’t exercise their right to vote due to the inconvenience of Election Day falling on a Tuesday…,” Israel said.

Times have changed since 1845, Israel explained, when Congress decided voting on a Tuesday was a good idea since it was the easiest day for farmers in our agrarian society to get to the polls. Moving Election Day from a single day in the middle of the work week to a full weekend would encourage more Americans to vote.

“Our democracy will be best served when our leaders are elected by as many Americans as possible,” Israel continued.

“I’m proud to support this legislation because we need to make voting accessible for all Americans. Tomorrow, on Election Day, I hope to see high voter turnout, but I know that many Americans will face obstacles getting to the polls, whether it be due to work schedules, family commitments or conflicts. I encourage Congress to pass this legislation immediately,” said Avella.

“I support Congressman Israel's Weekend Voting Act because it would increase turnout in elections by providing hardworking Americans with a more flexible voting schedule,” Braunstein commented.

Mimi Marziani, operations director of Why Tuesday? added, “Voting is a fundamental right and privilege of citizenship, yet our voting system has not been meaningfully upgraded since 1845 when Congress chose Tuesday as the day people vote in national elections. Moving elections to the weekend would expand access to voting and bring us much closer to what a 21st century democracy should be.”

Currently, most polls in America are open only 12 hours (from 7 a.m. to 7 p.m.) for one day. Last November, voters at some locations waited up to two hours to vote, and only 57.5 percent of eligible voters actually participated in voting in the 2012 elections.

“It is disgraceful that the greatest democracy in the world ranks 138th out of 172 democracies in voter turnout. We commend Reps. Israel and Larson for proposing the Weekend Voting Act, a commonsense and balanced way to make voting accessible to millions of Americans who find it difficult -- or impossible -- to reach the polls in the middle of the work week,” said Ambassador Andrew Young, chairman of the board of Why Tuesday? (Rep. John Larson (D-CT), was an original co-sponsor of the legislation.)

The Weekend Voting Act would allow for national polls to be open from 10 a.m. (Eastern Time) Saturday to 6 p.m. (ET) Sunday in the 48 contiguous states. At the discretion of election officials, polls would be permitted to close during the overnight hours.