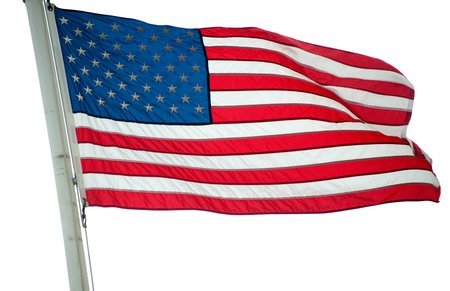 The Governor's three-part reform package include a Public Trust Act that would create a new class of public corruption crimes and enhance New York prosecutors’ ability to crack down on public corruption across the state; Voting Reforms that will allow sixteen and seventeen year olds to pre-register to vote, expand access to the ballot for candidates, and allow greater flexibility for affidavit ballots to be counted; and Campaign Finance Reforms that would ensure New Yorkers know who is paying for political campaigns, offer public financing for campaigns to reduce the influence of wealthy donors, and reduce New York's sky-high contribution limits.

"To restore the trust of the people in state government, we must tackle corruption head-on and ensure our District Attorneys have the tools they need to prosecute those that defraud the public and bring disgrace to the halls of governments," Governor Cuomo said. "New York's electoral process, campaign finance system, and our laws to prevent corruption are outdated, ineffective, and in serious need of sweeping reform. This comprehensive package of reforms will strengthen New York's democracy and is a major step toward restoring the public’s trust and confidence in our government."

The Governor's reforms include, among other elements:

New Crimes for Violating Public Trust: The new class of Public Corruption Crimes will: make it easier for DAs to convict someone for bribing a public servant, create a new felony of "Corrupting the Government" and create a misdemeanor for failing to report a bribe or attempted bribe:

Tough New Penalties for Misuse of Taxpayer Dollars: Under the Public Trust Act, individuals who defraud the public will be subject to tough penalties and lifetime bans from government work:

Fixing the Statute of Limitations: Currently, district attorneys have five years in which to prosecute public officials after they leave office, but much less time in which to prosecute non-officials who collaborate with them to commit the same act of public corruption. Under the Public Trust Act, the same statute of limitations will apply to both public servants and their accomplices in committing acts of misconduct in public office.

A letter of support of the Public Trust Act District Attorneys Association of the State of New York is available here.

New York's election laws are outdated, inefficient, and limit democracy. The Governor's proposed legislation would reform the state’s election laws to strengthen democracy and bring New Yorkers back into government. The Voting Reforms put forward by the Governor include:

Pre-Registration of Sixteen and Seventeen Year Olds: New York ranks 47th in the nation in voter registration, with less than 64% of eligible residents registered to vote, and registration among young people much lower than for other age groups. The Governor's reforms will allow 16 and 17 year olds to “pre-register” to vote. Upon turning 18, those who are pre-registered will be automatically registered to vote.

Ballot Simplification: New York’s ballots are overly complicated and hard to understand, leading to voter confusion and long lines on Election Day. The Governor's electoral reforms will improve ballot design to ensure ballots are simple and easy to understand.

Expanded Voter Registration Period to Increase Electoral Participation: In 2012, New York ranked 44th in the nation in voter turnout, with only 54% of those eligible to vote turning out to the polls. Contributing to the low turnout rates is the fact that our voter registration lists close 25 days before elections. The Governor's reforms will close voter registration lists ten days before Election Day rather than 25 days, allowing a greater window of opportunity for voters to register.

Modernizing Affidavit Ballot Process to be More Convenient for Voters: Under current law, if a voter’s name does not appear on the voter list, he or she may vote by affidavit ballot. However, the voter’s ballot is only counted if they are in the correct election district. The Governor's electoral reforms will ensure that voters who cast an affidavit ballot on Election Day have their votes counted for the offices for which they are eligible to vote even if they are not in the right district.

Allow Candidates and Voters to Change Party Enrollment in Timely Manner: Currently, if a voter or candidate decides to register with a political party, their registration is not valid until after the next election. This prevents voters from participating in primaries and bars potential candidates from enrolling in the party whose line they want to run on. The Governor's electoral reforms will end this requirement and instead ensure that a voter’s party registration takes effect three months after the application is received by the Board of Elections.

For more information on the Governor's voting reforms, the proposed legislation is available here and here (bill memo here and here).

New York has some of the weakest campaign finance restrictions in the nation and our elections are dominated by large donors and special interests. The Governor proposed legislation would provide comprehensive reform of the state's campaign finance system and reduce the influence of large donors in political elections.

Disclose NY: Nation’s Toughest Disclosure Law: New Yorkers often have no idea who is funding political campaigns or paying for campaign ads on television. This is because under current law, candidates and outside shadow groups are required to disclose only periodically, or never. Under the Governor's reforms, full disclosure will be required for any ad that expressly advocates for election or defeat of a candidate. In addition, all candidates and parties will be required to disclose contributions within 48 hours of receipt.

Public Financing of Political Campaigns: New York ranks last in the nation for percentage of population that contribute to a political campaign. New York's political candidates rely far more upon large donors than do candidates in other states. Under the Governor's reforms, the state will put in place a public financing system modeled on New York City system where contributions up to $175 are matched $6 to $1. Strict limits will be in place to protect taxpayers.

Lower Contribution Limits & Loopholes Closed: NY has some of the highest contribution limits in the nation, allowing a few wealthy donors to drown out any influence of smaller donors. The Governor's reforms will lower contribution limits for all state offices. Contributions to party “housekeeping accounts” will be limited to $25,000 per year, party committees limited to transfers to candidates of only small donations (less than $500 per contributor), corporations limited to $1,000 per year, and the LLC loophole will be closed so that LLCs will be treated as corporations rather than individual contributors. A chart detailing the contributions limits under current law and those under the Governor's proposed reforms is available here.

Personal Use of Campaign Contributions: NY's law regarding how campaign funds can be spent are among the most lax in the nation, allowing candidates and former public officials to spend funds on personal expenses with no real connection to candidacy or public office. Under the Governor's reforms, contributions could be used only for expenses that are directly related to elections or public duties. Expenditures for the exclusive personal benefit of the candidate or office-holder would be prohibited and a long list of expressly prohibited expenditures would be memorialized in statute.

Susan Lerner, Executive Director, Common Cause NY, said, "Common Cause/NY is encouraged by Governor Cuomo's strong vision for campaign finance reform in New York State, centered around a comprehensive package to address public corruption. The Governor's repeated commitment to reforming the undue influence of money in politics is admirable. However, voters need the full force of the Legislature working with the Governor to deliver the democracy they deserve. Common Cause/NY, together with the Fair Elections Coalition, supports the Governor entirely in his efforts to achieve a more transparent, fair, and accountable government for all New Yorkers."

Michael J. Malbin, Executive Director, The Campaign Finance Institute, said, "Gov. Cuomo’s proposal builds upon a small-donor matching fund system that has proven effective in New York City. CFI’s research shows the incentives work to get candidates to make low-dollar donors the financial backbones of their campaigns. The cost also turns out to be remarkably low. Helping average citizens take a stronger role in their government is a powerful response to Citizens United, especially when it is combined with modern disclosure and effective enforcement.

Dick Dadey, executive director of Citizens Union, said, “Governor Cuomo has put forward a comprehensive campaign finance reform proposal that is a welcome addition to the increasing public discussion and clamor for public financing of our campaigns. In the time left between now and the end of session, our state’s political leaders need to bridge their differences and achieve real and meaningful campaign finance reform. With the Governor’s program bill added to his other anti-corruption measures, New Yorkers expectations have been raised that our leaders will work to cure the culture of corruption that has plagued state government for far too long.”

Lawrence Norden, Deputy Director of the Democracy Program at the Brennan Center for Justice, said, “Governor Cuomo has correctly identified New York’s current campaign finance system as a major source of corruption. It gives too much power to special interests and leaves average citizens with little influence and representation in government. We applaud the Governor for introducing a comprehensive bill, which includes lower contribution limits, public financing, more transparency, and strong enforcement. New Yorkers of all political stripes support these common-sense reforms. The time for excuses is over. No legislative leader or conference should have veto power over such an important matter. We look forward to working with Governor Cuomo to bring these critical reforms to New York.”