Cuomo Calls for an 'Outright' Ban on Assault Weapons

Governor Cuomo is expected too discuss stricter gun control measures, including a ban on assault weapons with high capacity magazines, during his State of the State address on Wednesday. 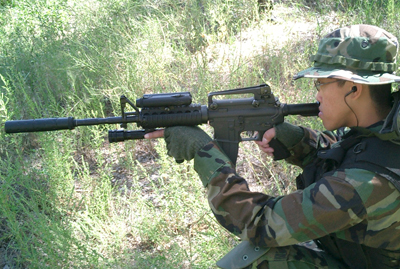 Senate Majority Leader Dean Skelos (R - Rockville Centre) suggested on Sunday a series of penalties for illegal gun possession and the use of guns to commit crimes.  Among the measures, Skelos called for increased mandatory prison time for the possession and sale of illegal weapons; higher penalties for criminals who use guns to commit felonies; life in prison without parole for criminals who use gun to kill first responders; higher penalties for possession or use of a gun on school campuses and busses; stricter penalties for the use of guns in gang violence; and for selling or possessing illegal guns in homes where children reside.
Illegal guns are used in the commission of the majority of crimes in New York State, and Skelos says his plans target illegal guns in order to protect innocent people.  “No new package of gun safety laws can be truly effective without including provisions that go after illegal guns and punish the people who use them against others.  Our goal is safer homes, safer neighborhoods and safer schools.  Our proposal would achieve that goal,” Skelos said.
Skelos is also advocating for stronger revisions to Kendra’s Law, which requires court-ordered assisted outpatient treatment for people suffering from mental illnesses and who are considered public safety threats.
According to Skelos, out-of-state guns account for more than 90 percent of gun crimes in New York City 70 percent statewide.
Gov. Cuomo says that while the state’s current ban on assault weapons -- defined as semiautomatic weapons with military-style features which use detachable magazines --  has significant loopholes, the Republican plan does not go far enough because it does not ban assault weapons, or rifles with high capacity magazines, outright.
Over the weekend, the Washington Post reported that the White House’s gun task force, led by Vice President Joe Biden, is likely to push for a ban on high capacity magazines and assault weapons.  The task force will continue investigating gun violence and possible gun control measures until its late-January deadline.  President Obama is expected to address the issue of gun violence in his State of the Union address in the upcoming weeks.
Gun control is expected to be one of the biggest and most contentious issues covered in Cuomo’s State of the State address on Wednesday.
Share your thoughts on this article by posting a comment below or by visiting our Long Island Living discussion forum.