The moratorium on applications and permits for wind turbines in Huntington has been extended until December while the board decides on regulation of key aspects of wind turbines, including the permissible size, height, and noise ... 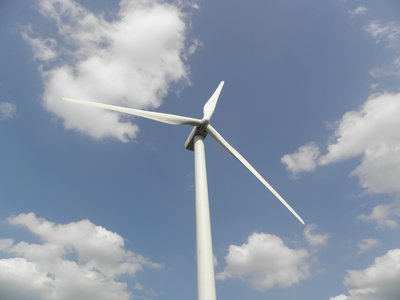 Wind turbines will not be coming to Huntington Township anytime soon, as a moratorium on applications and permits for the alternative energy sources will be extended until December.

The 128-day moratorium was first established in February, but the Huntington Town Board decided that it needed more time to draft legislation that would regulate the turbines. Among the board’s concerns are establishing regulations for the size, height, zoning, use, and noise produced by the wind turbines, since there is currently no town code for them.

An influx of applications is expected to be sent in to the Town Board due to energy concerns and the growing “green” movement, as well as inspiration from a new local facility. Many people at the board meeting in February were interested in turbines after they heard that the new Canon headquarters in Melville applied to erect 11 wind turbines on its site. Like all other Huntington residents and companies, Canon is still waiting to hear for a response from the board.

Councilman Mark Cuthbertson, who sponsored the moratorium, believes that a decision could potentially be reached before December and the moratorium could be lifted sooner. Cuthbertson has been working on drafting town code for wind turbines since late in 2012 when Canon submitted their application.

All applications for wind turbines received by the Town of Huntington will be kept on hold until legislation is passed.