After the Storm: Responding to Record-Breaking Rain

Over 13 inches of rain fell in parts of Long Island, causing flooding to roads and homes alike. 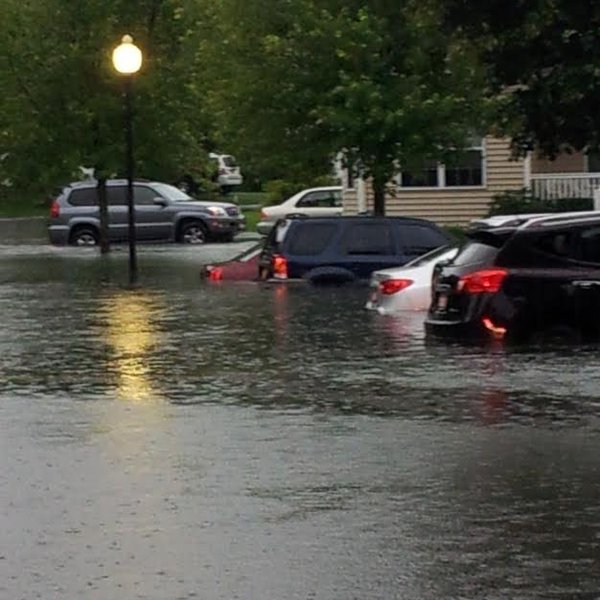 The sun is shining bright after a day of unprecedented rainfall which caused flooding across Long Island. While regular service has been restored to the LIRR, some roadways are still experiencing delays and slowed traffic flow. The Long Island Expressway, Northern State Parkway, and Southern State Parkway had all been closed due to flooding during the storm.

Runoff from the downpour has elevated bacterial levels in beach waters and caused advisories against bathing in 66 Suffolk County beaches through at least 7 PM tonight, August 14.

Flooding on roads and in homes led both Islip Town Supervisor Croci and Suffolk County Executive Bellone to declare a State of Emergency in an effort to expedite the cleanup process and pump water from local streets and major highways.

“The impact of this unprecedented and unpredicted storm was severe,” said Bellone.  “However, our coordination and communication with emergency services, Governor Cuomo’s office, Suffolk County Police and FRES, New York State  DOT and local municipalities and local fire departments, allowed us to respond with immediate and decisive action.  In some cases we had first responders on scene within two minutes.”

Flooded roads sent Suffolk Police officers in Coram rushing into action yesterday morning as an elderly man drove his Subaru into a section of Ocean Avenue that had been closed after filling with six feet of water. The driver’s vehicle quickly became inoperable, prompting Officers Wilson and Detleff to swim to the stranded 86-year-old and pull him back to safety as his car filled with water.

Not all were as fortunate as this individual, who was uninjured in the incident; at least one man lost his life in a weather-related crash yesterday. The man, who was driving a Jeep Liberty westbound on the LIE around 5 AM, lost control of his vehicle and was struck by a tractor trailer from behind, sending his Jeep into the center divider where it became engulfed in flame. He was pronounced dead on the scene.

Flooding caused numerous other motorists to abandon their vehicles on the road, and has caused heavy rain damage to homes and basements round LI. While residents attempt to clean up the mess left behind Governor Cuomo announced that he will send the Department of Financial Services’ Mobile Command Center to Islip Town Hall from 8 AM to 10 PM today.

“We will be providing direct assistance to the Long Islanders whose homes and businesses were damaged by this week’s storms,” Cuomo said. “Trained staff will be available to answer questions and provide advice to New Yorkers with insurance issues.”

Those who cannot make it to the Islip Town Hall also have the option of calling the Disaster Hotline at 1-800-339-1759 for assistance.

Long Islanders who are doubtless sick of the rain will be dismayed to know that there is a possibility of more precipitation and thunderstorms tonight, mainly before midnight; fortunately that remains only a 20% chance as of this morning.

For the most up-to-date forecast information, visit the Long Island Weather Center.

Have a photo of flooding in your neighborhood?
Email it to us, and we'll add it to our Floodageddon Photo Gallery.

Pictured in the Feature Image: Flooding in Medford on August 13th. Photo by Robin P Lanteigne.