LIPA Brings Long Islanders Out of the Dark After Numerous Outages

LIPA and National Grid work to restore power to 40,000 homes and businesses that lost power in Winter Storm Nemo. 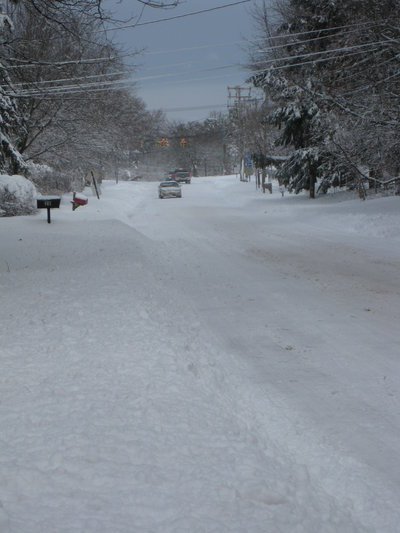 The high-speed gusts and pummeling snow brought on by Winter Storm Nemo have left many Long Islanders in the dark, and the Long Island Power Authority trying to prove themselves after what many deemed a disastrous response to the last power crisis after Hurricane Sandy.

By 1 p.m. on Saturday, power had been restored to nearly 30,000 of the 40,000 homes and businesses that lost power due to the storm. According to a LIPA press release, “94% of those customers restored through this morning had their power restored within four hours of losing power.”

Such speed came from a great deal of preparation.  National Grid took over storm restoration duties from LIPA, though LIPA will oversee the contracted utilities group which set a goal of returning power to most customers within 24 hours. National Grid prepared for the storm on Friday by arranging to have over 100 tree trimmers, 700 high-voltage linemen, and 250 tree trimmers ready to get to work on Saturday. Altogether, there were 5,000 people working on Saturday to bring power back to Long Islanders.

As of 2 p.m., the utility group turned to tackle what they estimate to be 10,800 buildings left to power – most of which are in Suffolk County, which was hit the hardest by the storm.

One of the largest obstacles in restoring power faced by National Grid workers is the dangerous state of the roadways due to unplowed roads and  motorists who are getting stuck in the snow and ditching their cars.  Hundreds of cars have been abandoned on roadways throughout Suffolk, including numerous vehicles buried on a stretch of the Long Island Expressway from exit 58 to exit 64.  A stretch of Route 347 in Lake Grove near the Smith Haven Mall is also partially obstructed by 40-50 disabled or unmanned vehicles, making it difficult for National Grid and Department of Transportation vehicles to pass.

If one sees downed wires, LIPA urges the public to assume it is live and call 1-800-490-0075 anytime so that it can be repaired. LIPA also encourages motorists to avoid unnecessary travel so as to keep roadways clear for power restoration vehicles.