The January 1 deadline has come and gone, while two facilities remain open.

Two controversial facilities in Riverside and Westhampton that have housed homeless sex offenders remain open despite Suffolk County Executive Steve Bellone’s January 1 deadline to rid the two towns of the shelters. Bellone said he is working with the Suffolk County Police Department and other agencies to submit a new plan to reform the county’s sex offender policies by the end of the month. 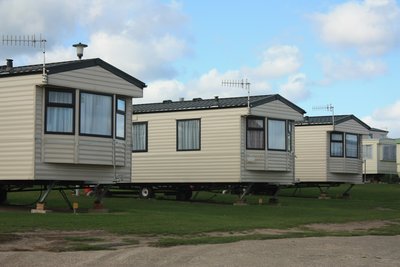 Since 2006, two trailers – both of which are in Southampton Town and parked on county-owned land - have been the only official county-provided housing of sex offenders unable to find permanent private housing. Originally, then-County Executive Steve Levy’s plan was to move the trailers throughout the county to lift the burden off of a single community. Over six years later, the trailers remain in the same place.

Last year, Bellone made the promise to Southampton residents to have the two trailers closed down by 2013, however claims that rebuilding efforts after Super Storm Sandy distracted him from the issue. Town residents have consistently protested the shelters.

There are over 1,000 registered sex offenders in Suffolk County, about 40 of which are homeless. The trailers can each house about 28 people at once.

Bellone said that the new policy will avoid congregating homeless sex offenders into one shelter. He added that he will consult mental health experts when determining the best plan of action.

County regulations currently restrict where sex offenders can live, prohibiting them from attaining housing near schools and playgrounds. These statutes have contributed to the number of homeless sex offenders in the county.

A lawsuit by convicted sex offender Duane Moore of Southampton has challenged many of the county’s sex offender policies, claiming they are unfair. If sex offender housing restrictions are reversed by the court, the county will be lifted of a heavy burden in terms of housing the convicts. Suffolk County is currently required under New York State law to provide shelter for homeless sex offenders.

You can see a list of registered sex offenders in Suffolk County by clicking here.