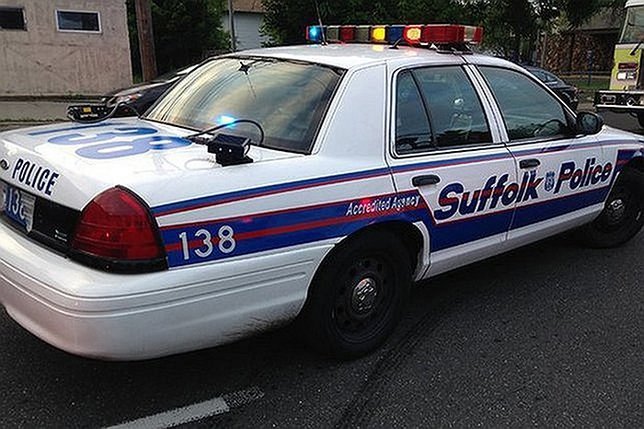 The Suffolk County Police Department has announced the promotion of two chiefs to fill positions recently vacated by division retirements.
Chief Mathew Lewis has been named Chief of Detectives and Chief Robert Waring has been named Chief of Operations, both three-star chief titles. The promotions took effect Friday, July 16.
“While we continue our efforts to drive down crime to record-low levels and implement our historic police reform plan, we need officers of the highest caliber leading the department,” said Suffolk County Executive Steve Bellone.  “Chief Lewis and Chief Waring understand what it takes to get the job done and will lead the rank and file of the SCPD with honor and integrity.”
Lewis joined the SCPD in March 1993 and spent three years as the commanding officer of the First Precinct before his promotion to Deputy Chief of Detectives in August 2018. Prior to his tenure in the First Precinct, he served as the commanding officer of the Field Auditing Section, Patrol Special Operations Bureau and Major Crimes Bureau.
Waring, who began his career with SCPD in December 1986 after spending a year with the NYPD, served as the commanding officer of the Third Precinct for three years before being promoted to Deputy Chief of Operations in August 2018. During his more than three decade career, Waring was the commanding officer of the Precinct Detective Bureau, First Precinct Crime Section and Crime Scene Section.
“I have had the privilege of working directly with Chief Lewis and Chief Waring in various positions throughout their accomplished careers,” Suffolk County Police Acting Commissioner Stuart Cameron said. “They are leaders of the highest integrity and I am confident that they both possess the talent, creativity and vision to move our department forward at this time.”