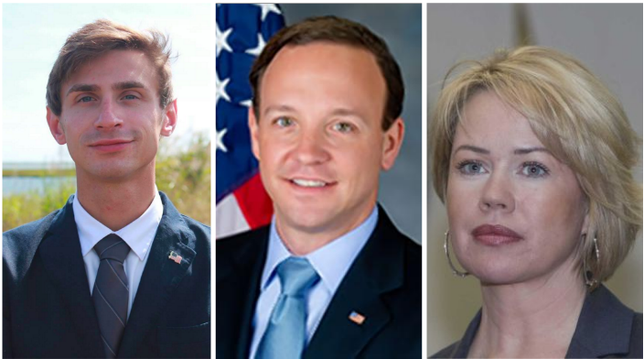 March 9, 2016 -  Suffolk Conservatives have endorsed GOP Islip town board member Trish Bergin-Weichbrodt to run on the minor party line against first-term State Senator Tom Croci.
This move represents a new low in relations between the Suffolk County Republican and Conservative parties - which has worsened in recent months.
Councilwoman Bergin-Weichbrodt, sparred with with Croci during his term as Islip town Supervisor over a proposed 64 percent property tax increase. Property taxes in Islip were raised 28 percent during then-Supervisor Croci's Term.
The Conservative Party move threatens the Senate Republican majority, as the Conservative line often provides the margin of victory.
"I understand why my fellow Long Islanders from all parties are frustrated with Tom Croci." Said Democratic Candidate John De Vito. "Under Tom's leadership, he raised property taxes, threatened to defund the Suffolk County Police Department, and sat silent while corrupt politicians lined their pockets in Albany.
Neither Councilwoman Bergin-Weichbrodt nor Senator Croci returned calls for comment.
This press release is the work of the Campaign for John De Vito, which  supports the efforts of John De Vito to win election to the New York State Senate. All views expressed by the campaign are its own and do not necessarily reflect those of LongIsland.com or its staff.