Questions remain whether the recent finding of a human head in front of a Long Island home and dismembered body parts found a week earlier are linked to that of a missing mother from Brooklyn. 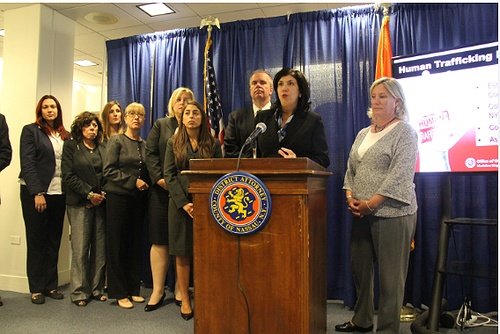 Just as it was reported last week that the partially dismembered body of a woman was found in a parking lot in Bay Shore and other body parts were found in Hempstead days later, now a human head and more body parts have been discovered in the bushes in front of a Hempstead home.

This latest discovery of what appears to be a human head and other body parts was made yesterday by Hempstead homeowner Dorothy Robinson.

According to the homeowner, the head may have been there for about a week as “she smelled a horrific odor in the bushes,” according to reporting from CBS New York.

An investigation is currently underway to determine if there is a link between the recent string of discoveries in less than two weeks.

There is belief that the earlier discoveries may possibly be linked to that of a missing 27-year-old Brooklyn mother of four, Chinelle Latoya Browne, who was last seen on July 5th. Browne had distinct tattoos that matches those found on the torso of the discovery made in Bay Shore.

Investigators await the DNA testing results to determine any links between the body parts.

Details about the investigation have not been revealed to the public.