Massive Delays Hurt Regional Economy And Provide Huge Inconveniences For Travels From NYC, Long Island And Across the Nation 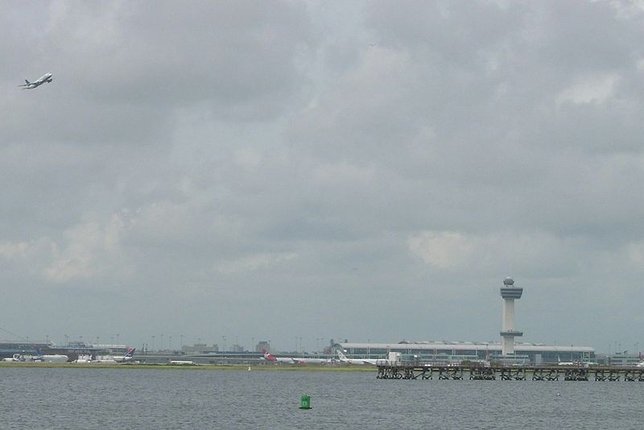 Washington, DC - September 17, 2013 - U.S. Senator Charles E. Schumer today announced that he has made an appeal to the Department of Homeland Security (DHS) to implement new measures that would help alleviate incredibly long lines for travelers using customs at John F. Kennedy International Airport.  A recent report revealed that customs at JFK Airport was home to the longest wait times in the country, with the average delay during peak hours this August exceeding two hours.  In a personal call, Schumer asked Acting DHS Secretary Rand Beers to have his agency immediately approve 40 new Automated Passport kiosk machines and work with all the major JFK international airlines to assign additional technology and personnel that can be deployed when wait times are longest.  Schumer said that the automated kiosks have been piloted in airports like Chicago’s O’Hare and reduced wait times by up to a third, but JFK’s problems require both kiosks and new personnel.

According to the Port Authority, JFK contributes about $30.6 billion in economic activity to the New York/New Jersey region, generating approximately 213,000 total jobs and about $11.3 billion in wages and salaries.  Schumer said that continued customs delays puts that economic impact in jeopardy. The conversation took place late last week, and Secretary Beers is now reviewing Schumer’s request.

“JFK is a gateway to America and it is a national embarrassment – and drag on the regional economy – that Customs lines there are so infuriatingly long,” said Schumer.  “Fortunately, there are simple and affordable steps that the feds can take to speed things along, such as providing additional personnel and automated passport kiosks.  The feds should take immediate measures to reduce lines and improve the traveling experience for tourists, business people, and all travelers entering New York through JFK.  New York City is the world’s greatest city, and travelers shouldn’t have the world’s worst experience while getting here.”

Schumer called for two immediate measures to alleviate the lines.  The first would have DHS to approve the installation of 40 automated passports kiosks at JFK’s Terminal 4, an immediate short-term measure to deal with unprecedented wait times there.  The kiosks allow international travelers to use an automated machine to begin the process of moving through customs upon arrival, removing many of the basic administrative tasks normally performed by a CBP officer.  In Chicago, these machines have helped shave wait times by a third for arriving passengers.  CBP will need to work with airlines that request installation of these machines to connect them to the federal databases that screen passenger information.

At the kiosks, passengers scan their passports, take a photograph, fill out the Customs declaration electronically and answer a series of questions verifying their personal and flight information.  Travelers then get a receipt and present it and their passport to a U.S. Customs and Border Protection officer to finalize the inspection.  Because most of the administrative work has been done at the kiosk, the stop at the CBP officer takers far less time.  , which is a breeze because the heavy lifting was done at the kiosk.  At Chicago O’Hare, wait times have been reduced by about a third, despite the fact that volume is up over 20%.

Schumer also requested additional Custom and Border Patrol agents at JFK and urged CBP to work with all of the airlines to better sync up staff schedules to deal with the arrival times associated with the longest waits at customs.  He said that airlines are spending billions building new terminals, and that additional agents were needed to staff them.  Schumer also said that additional personnel should be on the ground to be deployed during peak hours when lines get long, but that the airlines needed better access to CBP’s staffing models to help inform the agency how best to cut down on the longest waiting periods.