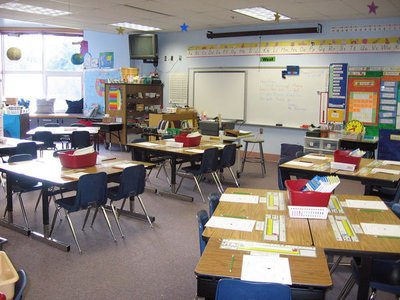 The award, honoring schools where students perform at very high levels or where significant improvements are being made in students' levels of achievement, was granted to the following Long Island schools:

Crediting the school's success to close collaboration among the staff, students and community, Kramer Lane principal Kerri McCarthy said in a Newsday article, "We are the first school in the district that has ever been awarded this award. It is very exciting."

Shaw Avenue Elementary principal Amy Pernick said the award represents an achievement built over many years. “We work together for a common goal and we want to provide the best education possible, regardless of the challenges we have," she said.

Stressing the importance of understanding each child’s needs and strengths, Locust Valley district superintendent Anna Hunderfund said, "We reach out to children . . . and support them one child at a time.”

West Side School principal Kurt Simon commented, "Our goal is the independence of the kids and empowering them to help each other."

The U.S. Department of Education will honor the winning schools at a recognition ceremony in Washington, DC on November 18 and 19. Each school will receive a plaque and proudly fly the National Blue Ribbon Schools flag, widely-recognized as a mark of excellence in education.

Since the program’s inception in 1982, the U. S. Department of Education has presented the prestigious Blue Ribbon award to more than 7,000 schools nationwide.

Include your thoughts below or on our Long Island Discussion Forum.