The group will continue its ban on gay leaders. 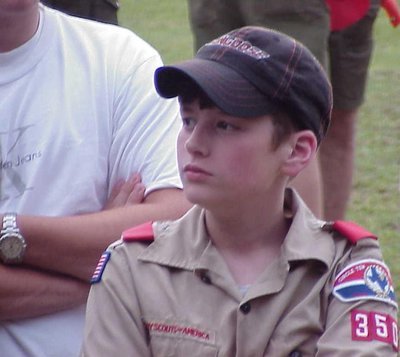 The Boy Scouts of America (BSA) voted to begin allowing openly gay members to join their organization. The BSA’s national council passed the resolution on Thursday, with more than 60 percent of the 1,400-member council voting in favor of lifting the ban on gay members.

The vote took place in Grapevine, Texas during an annual meeting of the BSA's national council. According to a report from CNN, the new resolution states “no youth may be denied membership in the Boy Scouts of America on the basis of sexual orientation or preference alone.”

The BSA stated that they are a youth-minded group and any sexual activity by a Boy Scout – whether heterosexual or homosexual - is contrary to their virtues.

The ban will officially be lifted on January 1, 2014. The organization will continue to ban openly gay adult scout leaders.

The decision comes after months of debate between human interest groups as well as members of the Boy Scouts. The vote had also been postponed earlier this year.

Conservative groups claimed that the decision will hurt the 103-year-old organization’s message of morality.

Other groups, such as Gay & Lesbian Alliance Against Defamation (GLAAD), applauded the decision. On their website, GLAAD stated that the vote is a “huge victory for gay youth.” They added that they will continue to fight to lift the ban on gay Scout leaders.

More than a decade ago, the Supreme Court ruled that the Boy Scouts have the right to ban openly gay members. Since then, this issue has raised heated debates over gay rights.

There are alternative groups that scouts can join, groups that continue to ban openly gay members.

The national commissioner of the BSA, Tico Perez, stated that the decision to allow gay members will help advance their cause.