Bipartisan Outrage Over Failure to Vote on Sandy Relief Package

In an era of strict partisanship, lawmakers from both parties have come together to condemn House Speaker Boehner's failure to put the Sandy relief package up for vote.

Following weeks of strict partisanship in Washington surrounding negotiations over the now-averted fiscal cliff, lawmakers from both parties are coming together to express outrage over the House Republican leadership’s failure to hold a vote on the Hurricane Sandy relief package approved by the Senate last week. 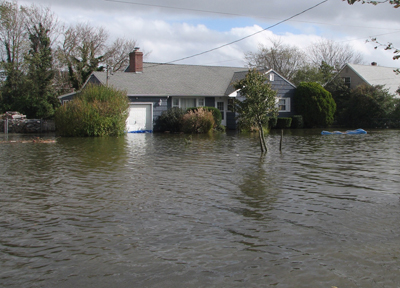 A spokesperson for House Speaker John Boehner (R-Ohio) has said that Boehner is “committed to getting this bill passed this month,” according to The Hill.
Boehner opted out of bringing the relief bill up for a vote on New Year’s Day as House Republicans held two separate meetings over the fiscal cliff bill crafted by Vice President Joe Biden and Senate Minority Leader Mitch McConnell (R-KY).
Since the House will not vote on the measure before adjourning this week, the $60.4 billion package is destined to die.  The legislation will have to be reintroduced and passed all over again in the new Congress if no vote is held.
Rep. Peter King (R-NY) is among the most outspoken lawmakers to criticize Boehner’s failure to put the bill up for vote, saying it is an “absolute disgrace.”
Speaking on Fox News on Wednesday morning, Peter King called on New Yorkers to cease donations to House Republicans.  “These Republicans have no problem finding New York when they’re out raising millions of dollars.  They’re in New York all the time filling their pockets with money from New Yorkers,” King said, calling the failure to hold a vote “a knife in the back of New Yorkers and New Jerseyans.”
Rep. Steve Levy (D-NY) called Boehner’s decision “indefensible” during a Wednesday morning appearance on CNN. “We rushed aid to Kabul and Baghdad when they had damage, but when it comes to aid to New York and New Jersey, the House Republican leadership decided we weren’t worth it,” Levy said.
House appropriators had released a smaller aid package earlier on Tuesday prior to fiscal cliff meetings, which offered $27 billion for Sandy relief.  Despite support for the bill among House Democrats and many Republicans, some, such as House Oversight and Government Reform Chair Darrell Issa, have come out against the full $60.4 billion package, saying it was “a bunch of pork.”
Prior to the last-minute fiscal cliff negotiations, the plan was to vote on the smaller package, as well as adding an amendment to increase the aid by $33 billion.
Now, New York lawmakers are concerned that Sandy relief will be drastically cut as the House reconvenes to address spending cuts later in January as the nation is on track to reach its $16.4 billion debt ceiling by March.
Gov. Cuomo was joined by Connecticut Gov. Dan Malloy and New Jersey Gov. Chris Christie last week when he urged House Republicans to support the full package, asking, “If this storm had struck your constituency and devastated it the way Sandy has ours, would you say that the House has done enough? If tens of thousands of your constituent’s homes and business were destroyed, would you stay silent? Would you let months pass without the House taking any action to help?”
While it is urgent that Congress address economic relief following Superstorm Sandy, FEMA has reported that its disaster relief fund will maintain a positive balance until March.
Share your thoughts on this article by posting a comment below, or by visiting our Long Island Living discussion forum.