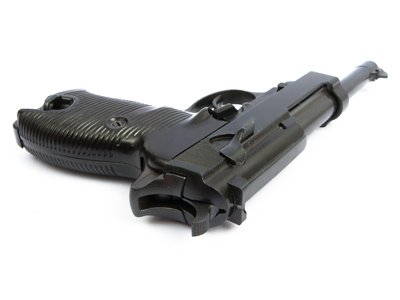 Gov. Cuomo issued a "message of necessity" late on Monday, allowing the State Senate to approve the New York Secure Ammunition and Firearms Enforcement Act on the one month anniversary of the Newtown school shootings.

The Assembly is expected to vote on the bill on Tuesday morning.

Gov. Cuomo weighed in on the vote, saying, "...the Senators that voted for the NY SAFE Act of 2013 made a bold statement, coming together in a bipartisan, collaborative manner to meet the challenges that face our state and our nation, as we have seen far too many senseless acts of gun violence."

"I'm very excited about it. I am very confident we are going to vote on a comprehensive bill that will be agreed on by the governor, the Senate and Assembly," Klein said to a group of reporters at the State Capitol.
The general features of the law are the further restriction of assault weapons in the state, as well as reducing the maximum magazine capacity to seven bullets, and the exemption for magazines produced before 1994 will be overturned.  Various loopholes would be closed with stricter background check requirements for the sale of firearms in the state.
The law also redefines banned assault weapons such that any single characteristic of an assault weapon, including telescoping lenses, pistol grips and bayonet attachments, would make it illegal.  Though existing weapons are grandfathered in, ownership cannot be transferred.
The process for registering handguns will be standardized throughout the state, and a new statewide registry of firearms will be established.
The Associated Press reported that a deal had been struck over the weekend, with Senate Republicans including measures for increased penalties for illegal gun use and trafficking of illegal weapons into New York State, as well as refining Kendra’s Law in order to increase mental health treatment for people considered a threat to themselves or the public.
Sen. Klein told the Times Union on Monday that combining the stricter punishments with the assault weapons ban “together makes it a better bill.”
On Monday afternoon, lawmakers met with their party conferences to review the proposed bill, but in order for the vote to come ahead of the typical three-day aging period, Gov. Cuomo would have to issue a “message of necessity” to hurry to vote.
Speaker Sheldon Silver (D-Manhattan) told the Times Union the only missing element is increasing funding for enhanced school security throughout the state.  Otherwise, he said the bill is “something the people of the state want,” calling it an “emergency.”
However, there are some New Yorkers who oppose the bill.  Over a dozen workers from the Remington Arms manufacturing facility in Ilion protested the bill in Albany on Monday, according to the Associated Press.  The workers argued that the bill will cost the state between 300 and 700 jobs, and the bill could have devastating effects on the region.
Also on Monday, New York City Mayor Michael Bloomberg advocated for federal gun control reforms.  Speaking at Johns Hopkins University, the mayor urged Congress and the President to enact more effective background check requirements for the sale of firearms, and to increase enforcement against gun trafficking.  The majority of gun related crimes committed in New York City and throughout the state are done so with illegal guns from out of state.
Share your thoughts on this article by posting a comment below or by visiting our Long Island Living discussion forum.