The Supreme Court announced today that it will hear the two cases dealing with same-sex marriage during the last week of March. 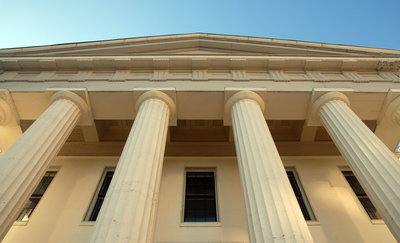 The Supreme Court announced today that it will hear the two cases dealing with same-sex marriage during the last week of March.

The Hollingsworth v. Perry appeal deals with California’s Prop 8, the law banning same-sex marriage that was passed as a constitutional amendment in that state during the state’s elections in November 2008. The proposition overturned a California Supreme Court ruling that gave same-sex couples the constitutional right to marry, but did not affect same sex-marriages performed before November 5, 2008 or domestic partnerships in California.

After Prop. 8 was passed, a federal court and the Ninth Circuit Court of Appeals ruled that it was unconstitutional. This is the first time that a ballot initiative put California voters in the position of taking away rights that had been previously granted by the courts.

On March 27th 2013, the court will take up the appeal in United States v. Windsor, which challenges whether DOMA (Defense of Marriage Act) is constitutional.

DOMA is the federal law that defines marriage as the legal union of one man and one woman, which was passed by President Clinton in 1996, and prohibits any federal recognition of same-sex marriages.  This law prevents same-sex couples from enjoying the same rights and benefits as married couples, including the right to file joint tax returns, gain insurance benefits for government employees and Social Security survivors’ benefits, among others. Section 3 of DOMA has been found unconstitutional in eight federal courts on issues including bankruptcy, public employee benefits, immigration and estate taxes.

By popular vote, the November 2012 election added the states of Washington and Maine to the list of states where same-sex marriage is now legal. Either one of these long anticipated cases has the potential to affect marriage laws all across the country. The court is expected to come to a decision and hand down it’s rulings on these cases over the summer.