A vote on the the Boy Scouts' policy disallowing homosexuals to participate in the organization has been delayed until May. 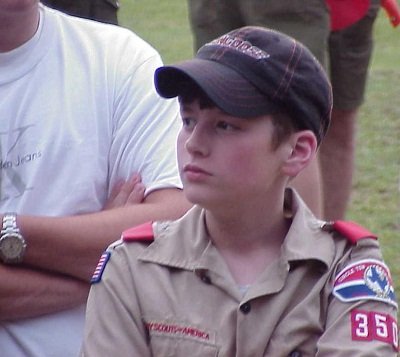 The Boy Scouts of America has been a fixture of childhood to much of this nation’s youth for over one hundred years. With nearly 2.7 million young members and over 1 million adult volunteers, it is one of the country’s largest youth organizations, but it is not all-inclusive.

Over the course of a three-day meeting which concluded yesterday, board members were expected to vote on lifting the long-standing ban which has denied gays access to the Boy Scouts. Despite having won a Supreme Court case in 2000 that confirmed the legality of the ban and a reaffirmation just last year that the group would continue its policy, the organization has been under mounting pressure to reverse course.

Shrinking membership, increased protest from gay rights groups, and the discontinuation of sponsorship from companies and individuals who do not wish to be associated with the Scout’s stance on homosexual membership were strong motivating factors for the meeting outside BSA headquarters in Irving, Texas to affect a change in its rules.

Instead, the assembly defied expectations that it would lift the ban—not by deciding to keep it, but by choosing not to make a decision. The vote has been postponed until a future meeting in May so as to give members further time to evaluate the implications of altering its controversial rule.

If the May vote does indeed remove the national ban on gay members it is not, however, expected to allow homosexuals into all parts of the organization. The proposed change in policy would most likely leave that decision up to individual chapters of the Boy Scouts, creating a patchwork of units with differing views and practices regarding the issue.

When the Boy Scouts reconvene in May, it will be as part of an annual meeting which hosts around 1,400 members of its national council. The organization wishes to hear more opinions from within and without before using the larger conference to make a final decision.