While the Knicks won their third straight game last night, the Nets fell to Dallas by virtue of a single bad quarter. 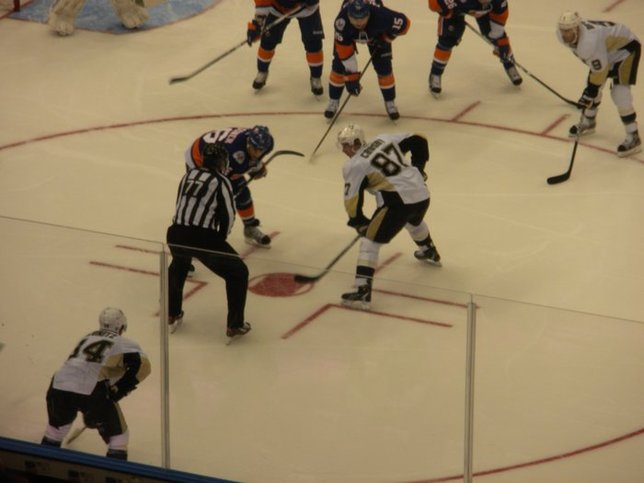 Following a short-lived win streak last week, the Islanders have gone right back to their losing ways. A Bailey goal early in the first period did give them a brief lead and Visnovsky broke the tie that came shortly thereafter with a goal of his own in the second.

Toronto dominated the rest of the second, however, scoring three unanswered goals in the period’s remainder. MacDonald and Okposo combined to even the score, creating a 4-4 tie that would force overtime. The Maple Leafs would not need much time to end the draw; Dion Phaneuf slipped one by Nabokov 1:11 into OT to end the game. Nabokov blocked 23 of 28 en route to the 5-4 overtime loss.

The Islanders will next play the Ottawa Senators Sunday afternoon, at 3 o’clock.

After a dreadful series of losses, the Rangers finally managed a victory for the first time in almost two weeks against Tampa Bay.

It began with a goal by Hagelin 7:23 into the game; Stepan added another little more than a minute later. The Lightning did score before the end of the period, but Staal’s shot late in the second and Nash’s goal at the end of the third would be the only offense for the rest of the night.

Lundqvist stopped all but one of 25 shots, while the rest of the team combined to make 4 of 42 in the 4-1 win.

Ryan McDonagh and Michael Del Zotto returned to the ice for the win, after having been absent with injuries. They were able to take part in New York’s third win over Tampa, making it a clean season sweep.

The Rangers will play Buffalo next, Sunday at 7:30 p.m.

The Knicks had a long cold streak surrounding the All-Star break—one so bad they were approaching absolute zero—but things are starting to look up for the denizens of Madison Square Garden.

Having defeated the 76ers for only their second win in 19 days, New York hosted the Golden State Warriors on Wednesday.  The game was tight for much of the night, with the Knicks 27-18 first quarter ultimately playing a pivotal role in its outcome.

Stephen Curry scored an astounding 54 points for the Warriors, but Carmelo Anthony’s 35 and JR Smith’s 26 combined to outdo him, while the rest of the team fended off Golden State. Stoudemire put up 14 in under 20 minutes of play and Felton contributed 10, but Chandler had what might have been his team’s most impressive stat of the day. On top of 16 points scored, Tyson Chandler snatched 28 rebounds, contributing heavily to New York’s 109-105 win.

With some real momentum behind them, New York went last night to the Washing team against which its troubles had begun. The Knicks led by 6 at the half, but the Wizards took the lead right back and were on top 77-73 after the third quarter. An incredible defensive showing salvaged the game for New York, however, as they blazed past Washington 23-11 in the final quarter to win a 96-88 game.

Anthony scored 30 and Felton backed him up with 23. Stoudemire contributed 12 while JR Smith picked up a double-double on 13 points and 12 rebounds.

With these wins, the Knicks have rebuilt a 3 game lead over the Nets and regained the #2 spot in the NBA’s Eastern Conference. They will fight to maintain that seed and gain some ground when they play #1 Miami at 1 p.m. Sunday.

Brooklyn had entered a snag of bad luck itself with losses to Houston and Memphis before entering New Orleans Arena on Tuesday.  Determined not to let their record slide any further, the Nets built a 57-41 lead over the first half, but the Hornets would not go down without a fight. They rallied to hold Brooklyn to 16 in the third quarter while scoring 24, then racked up 32 more in the final period. Brooklyn did manage to salvage the night, though; they won 101-97.

Deron Williams lead the charge with 33 points and 8 assists, with Brook Lopez scoring 20 and picking up 7 rebounds.  Bogans scored 12 on 4 key 3 point shots, and Watson broke into the double digits as well with 10.

The Nets led at halftime again when they played Dallas last night, but this time it was by a margin of only one. That tiny lead would be harshly undone by a dismal third period in which they were outscored 29-14. Though they did outplay the Mavericks in the last quarter, they could not make up for such a weak third; the Nets lost 98-90.

Williams led his team in their loss with 24 points, and Lopez had 19.Johnson and Watson both scored 11.

The Nets may face even stiffer competition when they play Chicago at 8 o’clock tonight.