Researchers have penetrated a physical barrier once thought impossible to breach.

Physicists at the Ludwig Maximilian University in Munich, Germany have created an atomic gas with a temperature below absolute zero for the first time ever. Absolute Zero, or 0º on the Kelvin scale and -459.67° Fahrenheit, had been a theoretical state at which particles of matter bare no energy (higher temperatures, of course, have increasingly greater amounts of energy) and was once thought to be the lowest possible temperature at which anything could exist.

The gas, made of potassium atoms forced in a lattice arrangement through the use of lasers and magnetism, proves that it is possible to break through the absolute barrier in dropping below 0º Kelvin by a few billionths of a degree. At this temperature, the potassium particles began exhibiting several unusual behaviors. 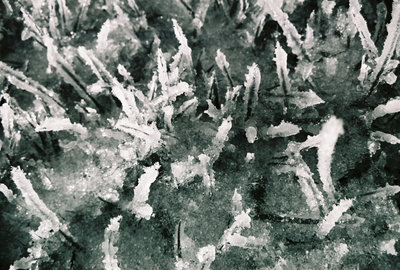 maintaining a stable physical structure—but upon breaching absolute zero they began to attract each other instead. According to one of the researchers, Ulrich Schneider, “this suddenly shifts the atoms from their most stable, lowest-energy state to the highest possible energy state, before they can react.” He likens the shift to “walking through a valley, then instantly finding yourself on the mountain peak.” At positive temperatures this shift would destabilize a substance, causing it to collapse upon itself, but at sub-absolute zero the potassium gas stayed comparatively stable.

Such strange behavior was further exhibited by the gas’s tendency to act similar to “dark energy,” a force which causes the Universe to expand against the tug of gravity. Researchers theorize that clouds of atoms, when forced under absolute zero, would actually begin to move upwards against gravity as opposed to downwards toward its pull.