Knicks, Nets, Rangers, & Islanders Each Pick Up a Win

The Knicks and Rangers both brought long losing streaks to an end last night, and the Nets steamrolled over Detroit. 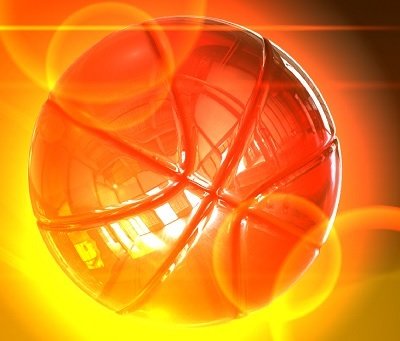 Neither Carmelo Anthony nor Tyson Chandler was ready to play on Sunday, leaving a beleaguered Knicks team to try to fend off the #3 seed in the West without their leading scorer and rebounder.

New York got off to a hot start in LA, leading 8-1 in the opening minutes and establishing an 8 point lead in the first quarter, but they soon started having trouble getting the ball to go. Winning the turnover battle kept the team alive even as the Clippers started to pull away in the second quarter to set a 44-37 lead at the half.

The Knicks pulled back within 3 in the third quarter, but an 11-1 LA run proved insurmountable as New York trailed by double digits the rest of the game. They lost by a final of 93-80.

Having just lost four games in a row, the Knicks brought their five game road trip to an end in Utah last night. It was at several points an incredibly sloppy game, with both teams plagued by poor passes and loose balls, but New York’s defense kept them alive.

Before the game started, reserve center and the NBA’s oldest player, Kurt Thomas, looked as though he too would have to sit out with a fractured foot, but x-rays revealed he only had bone spurs and was allowed to play. The 40-year-old proved instrumental as he played through the pain for a season-high 27 minutes, setting up screens for his teammates and boxing out the Jazz all night.

Though the Knicks trailed 44-42 at halftime, JR Smith came alive in the third quarter to provide a much needed spark to his team’s offense. Four successful free throws, a lob courtesy of Felton, and a running shot late in the period fueled a 12-1 run that would prove the turning point of the game. The Knicks went on to win 90-83.

Smith led the team with 20 points, most of which came in the second half and 9 off free throws. Felton backed him up with 19 and Copeland had 14.

The Knicks return home to the Garden tomorrow at 7:30 PM to play the Magic. Anthony is still questionable after having his knee drained, but hopes to be able to play.

As their crosstown rivals dropped four of five on a road trip besieged by injuries, the Nets had a golden opportunity to make up the one game which separates the #3 and #4 seeds in the East. They tried to close that gap on Sunday against Atlanta.

After leading by 3 in the first quarter, Brooklyn took a slight hit in the second to enter halftime trailing 51-49. They quickly recovered from the turnabout, converting their two point deficit to a two point lead by the end of the third, but the final period would be their undoing. The Hawks dominated the fourth, holding the Nets to only 20—their least productive quarter of the game—and putting up 34 of their own to hand Brooklyn a 105-93 loss.

Williams and Johnson led their team in the loss with 18 points apiece, and Brook Lopez followed closely behind with 17. Reggie Evans score 14 while grabbing 22 rebounds.

Having let Sunday’s game slip away from them, Brooklyn moved on to Detroit last night. A 36-23 opening quarter ensured that the 23-46 Pistons were never even in the game. A 31-14 third added insult to injury as the Nets dominated Detroit for a 119-82 victory.

Deron Williams was the only Net to break past the teens with 31 points, but five of his teammates also made it into double digits. Lopez shot for 18, Blatche had 15, Johnson scored 13, and Brooks and Stackhouse were both good for 10.

The Nets will take on the Mavericks tomorrow night at 8:00 PM.

Coming off a win over Tampa Bay, the Islanders played Florida’s other team on Saturday. A five minute stretch beginning late in the first period would prove vital to the team’s chances of winning.

With just over four-and-a-half minutes to go in the opening period, Okposo slapped in the first goal of the day. He was followed by Martinek two and-a-half minutes later, putting New York up 2-0. Boyes kicked off the second period by scoring within the first 33 seconds, snapping in what would be the last goal for over a period.

5:09 into the third, Brennan scored the Panthers’ first goal. Goc brought the game within 2 just over 30 seconds later, and 69 seconds after that Santorelli had tied the game at 3-3. The Islanders lost their lead in a matter of less than two minutes.

Cizikas gave New York a much needed fourth goal 12:55 into the third, providing what would prove the final score of 4-3. Nabokov stopped 27 of 30 shots in the Islanders’ close call.

The team will play the Senators tonight at 7 o’clock.

After losing their last two games, the Penguins were likely the last team the Rangers wanted to run into Saturday afternoon. New York quickly went down 1-0 90 seconds into the game, but their defense managed to keep the deficit at that solitary goal for over 45 minutes.

It was not until 6:34 in the third that another goal was scored, however, that shot belonged to Pittsburgh, as did the one that followed less than a minute later. The Rangers could not muster a single goal, falling 3-0. Lundqvist saved 24 of 27 shots.

Their offense was only marginally more productive last night; Stepan tied the game against Carolina with an assist from Hagelin midway through the second period. The score would remain 1-1 through the rest of that period, the third, and even overtime. Nash and Miller combined to give the Rangers a 2-0 edge in the ensuing shootout, sending the team to its first win in a week. Lundqvist stopped 29 of 30, as well as both the penalty shots he faced.

The Rangers will try to find the offense they’ve sorely lacked at 7 o’clock tonight, against the Devils.