A survey conducted by the Long Island Index finds that more than half of the Long Islanders who participated expect to move off the island within the next five years due to the high cost ...

A new poll released on Thursday shows that almost half of Long Islanders expect to move off the island within the next five years due to financial strains caused by the Great Recession. 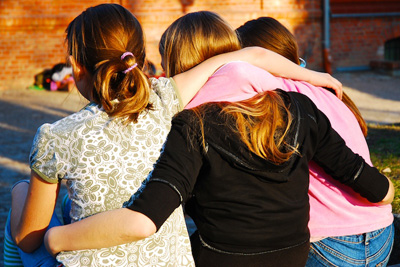 The lack of affordable housing is one of the major problems facing Long Islanders according to the survey conducted by Stony Brook University’s Center for Survey Research in partnership with the Long Island Index.  Sixty two percent of participants said that high mortgages and rent is affecting their ability to live on Long Island, while 81 percent say that property taxes are taking a toll on their finances.
Nearly a quarter of the survey’s participants between the ages of 18 and 34 live with relatives due to the high costs of housing.
The title of the report, "Long Island in the Aftermath of the Great Recession: Some Optimism, But Many Still Want To Leave," sums up the findings.  The report is based on data gathered before Superstorm Sandy in the fall of 2012, and puts a spotlight on the housing shortage problem in the region.  Even Long Islanders who are not in immediate danger of being forced out of the area due to financial constraints are afraid that their children will be part of the brain drain currently affecting the island.
The Long Island Index has warned of the brain drain for many years now, but this new study indicates that finding a solution is now a more urgent issue for locals.
Nancy Douzinas, president of the Rauch Foundation, which publishes the Index said that the survey shows that these conditions and concerns existed prior to Superstorm Sandy.  “The storm could not have lessened them or altered the fact that we need to be far more innovative in developing ways to address the high cost of living on Long Island,” Douzinas said in a statement.
Leonie Huddy, director of the Stony Brook's survey research center, weighed in on the impact of the lack of affordable housing in the area.  “Unless there is a sudden and sustained increase in local household income, residents will look to leave as soon as the property market bounces back," Huddy said.
The report also suggests that optimism has not bounced back to pre-recession levels, when optimists outnumbered pessimists.
Share your thoughts on this article by posting a comment below or by visiting our Long Island Living discussion forum.