The Nets and Knicks played their first game since the move to Brooklyn, while the Giants win big in this week's sports roundup.

Jets Have Little to be Thankful For

Thanksgiving night’s game between the Jets and the Patriots began as hotly contested a match as one would expect between division rivals; both defenses held their opposition scoreless through the first quarter. The game would become decidedly less even a few moments into the second quarter, however, as Brady connected to Welker for a touchdown.

Five minutes later, a Shonn Greene fumble would give way to a second Brady touchdown. Mark Sanchez followed suit, fumbling the ball on a run up the middle which allowed Steve Gregory to run it back for one more Patriots TD. The ensuing kickoff would see the Jets fumble the ball yet again, this time leading to an immediate New England touchdown.

52 seconds—that’s all it took for Gang Green to crumble under the weight of the Patriots and their own self-inflicted wounds. 52 seconds was all Brady, his defense, and special teams needed to each score a touchdown en route to a 35 point second quarter.

An additional 14 points in the final quarter would cement the Patriot’s 49-19 humiliation of the Jets. Chants for Tim Tebow arose from the crowd throughout the game, however, Sanchez was an efficient 26/36 for 301 yards and a touchdown. Even if the backup QB didn’t have a pair of broken ribs (as was disclosed after the game) it is highly unlikely he could have salvaged the day.

This loss crushes whatever designs on a playoff berth the Jets might have had and leaves little chance for so much as a winning season.  Now 4-7, they would have to win-out on the rest of the season in order to make that happen. The Jets play Arizona at 1 o’clock on Sunday.

November has been a sticking point for the Giants over the past few years, but they closed out what had been a winless month with a commanding performance over the Packers in a matchup between the last two Super Bowl champions.

New York struck first, with Brown rushing in a touchdown after Manning connected to Bradshaw for 59 yards in their opening drive. Green Bay would respond in kind, but, save for a field goal in the second quarter, remained silent the rest of the night.

While Aaron Rodgers would throw an interception and a solitary TD, Eli went 16/30 for 249 yards and 3 TDs.  A 13 yard rushing touchdown from Ahmad Bradshaw at the end of the first half rounded off the scoreboard for Big Blue in their 38-10 rout of the Packers.

Eli’s 3 TDs were significant not only for their bearing on the individual game or even New York’s season; they brought his career total to 200, allowing him to pass Phil Simms atop the list of all quarterbacks in Giants history.

On the defensive side of the ball, the G-men kept the Packers at bay with ease. Mathias Kiwanuka sacked Rodgers twice, while Chase Blackburn, Chris Canty, and Osi Umenyiora each picked up one of their own.

Thanks in part to a Redskins defeat of the Cowboys, the Giants (7-4) have restored their lead over the NFC East to two games as Dallas and Washington leveled off to 5-6. The Eagles’ loss to Carolina on Monday night dropped them down to 3-8. The Giants will play Washington at 8:30 PM next Monday.

Loses and Wins for Nets

The Nets hit a rough patch with their tour of the west coast last week. Mike D’Antoni, who coached the Knicks until last year, saw his first game on the bench for the Lakers end with a 95-90 win over Brooklyn last Tuesday. 23 points from Brook Lopez and 22 from Deron Williams helped the Nets hold a lead into the final five minutes of the game, but the team missed 7 of their next 8 attempts in falling to LA.

Life was looking rosier for Brooklyn as they went up 30-18 over the Warriors in the first quarter. It would, unfortunately, prove the only one in which the Nets outscored Golden State as they fell behind 66-74 by the start of the fourth.

New York’s newest team would eventually turn things around as they brought the west coast home with them. They trailed by 7 at halftime against the Clippers in the Barclays Center, but this time held their opponents from LA to only 16 points in the third quarter and 13 in the fourth.  Lopez’s 26 points and Joe Johnson’s 19 combined with 12 rebounds from Reggie Evans in an 86-76 win over the Clippers.

Home court continued to be an advantage against teams from the country’s Pacific side as Brooklyn took on Portland Sunday afternoon. Despite trailing by 4 going into the half, the Nets had the game tied at 70 after three quarters. A one-sided final period allowed them to come out with a 98-85 victory. 5 players from both teams each scored in the double digits, with Johnson being the only Net to break 20.

An Equally Mixed Week for the Knicks

The once undefeated Knicks showed signs of their mortality this past week, though not against New Orleans. New York sunk 14 3-point attempts in their 102-80 stomping of the Hornets, led by Carmelo Anthony’s 29 points and Tyson Chandler’s 12 rebounds. New Orleans tried to make the game interesting with a 31 point second quarter, but it would prove the only one in which they scored over 17.

Despite winning by 10 in a game earlier this year, the Knicks ran up against a stiff challenge from Dallas in their trip to Texas. Anthony contributed 23 points while Felton and Chandler both put up double-doubles, but it would not be enough to surmount a 26-35 third quarter in the Mavericks’ favor, or the eventual 111-114 loss.

The road would not get any easier as the Knicks traversed the Lone Star State to Houston—the new home of last year’s breakout star, Jeremy Lin. Lin contributed 7 rebounds, 3 assists, and only 13 points, but he would not need to be an offensive factor on this night. Though Carmelo Anthony would contribute an awe-inspiring 37 points, his team’s lackluster defense insured the Knicks would fall 103-131 against the Rockets.

New York pulled out of this two game slide with a home game against Detroit. 29 points off Anthony combined with a JR Smith double-double and Raymond Felton’s 10 assists and 14 points for a 121-100 win over the Pistons.

The first scheduled meeting between New York’s longstanding home team and the no-longer-New-Jersey Nets was delayed by Hurricane Sandy, making last night’s game the first in the Battle of the Boroughs. 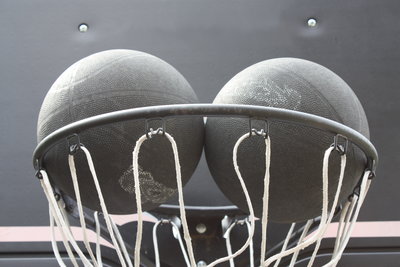 as the teams exchanged leads throughout the night. The duo scored 35 and 28, respectively, while Felton was the third most productive player in spite of stringing together a mere 8 points.

The Nets were a bit more even handed with Lopez putting up 22 and three others (Wallace, Williams, and Stackhouse) scoring in the double digits. The two New York teams split the game’s rebounds down the middle with a combined 50 for each side.

In the end it took an extra period of overtime play to decide a winner. The Nets scored 12 to the Knick’s 5, putting them over 96-89 at game’s end.

The two are now tied at 9-4 for first place in the Atlantic division, trailing Miami by only a game in the Eastern Conference. Brooklyn will play Boston tomorrow night at 7:30; the Knicks meet Milwaukie at 8.

Are you excited for the next Battle of the Boroughs? Have the Giants elated you or the Jets disappointed? Let us know on the Long Island Sports Forum.