Three New York teams had wins in the second half of the week, but the Knicks lost to the worst team in their division. 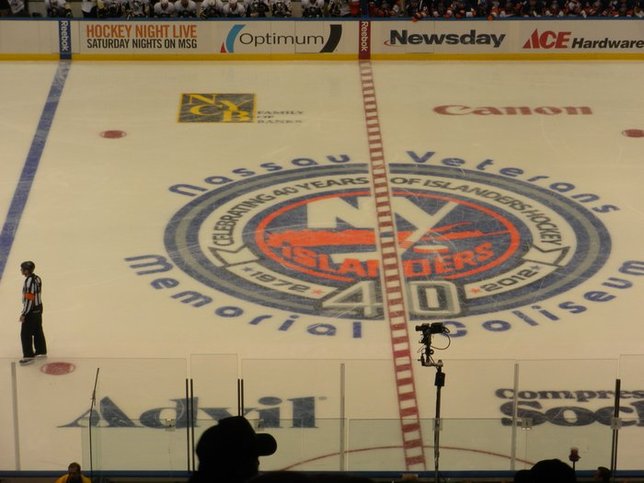 Rangers vs. Islanders, Round 2

Before the Rangers made the short trip to Uniondale for their second meeting with the Islanders, they met with the Bruins to settle a 1-1 tie in their final match of the season.

New York built itself a comfortable lead, with Haeglin scoring in the first and Stepan in the second period. Stralman struck early in the third to put the Rangers up 3-0, and Boston would not see its first goal until nearly 9 minutes into the period.

The puck stayed out of the net for almost ten minutes, practically ensuring a New York win, but then something odd happened. With 1:31 to play, the Bruins scored their second goal at a time it would seem too little too late; then, with 43 seconds left, they did it again. 3 unanswered goals—two of them in the final 91 seconds—sent the game into overtime.

The OT period would be the first scoreless one, forcing a shootout. Gaborik and Richards had their shots blocked, but Nash and Callahan combined to outdo Boston’s one goal in four rounds, giving New York back the game it had almost squandered.

Though he allowed three goals in one period, Lundqvist blocked 37 of 40 shots during the game.

Riding a three game win-streak which had begun with the Islanders a week prior, the Rangers proceeded to Nassau Coliseum for a cross-town rematch on Valentine’s Day. Expectedly, there was no love lost between the two.

The Rangers got off to an early lead when Girardi slapped the night’s first goal in after three-and-a-half minutes. Gaborik followed midway through the first to put the Rangers up 2-0.

The tide turned as the Islanders took command in the second. McDonald put his team on the board less than 30 seconds into the period, and Tavares tied the score at 6:45. A successful shot by Boyes forty seconds later meant that for the second game in a row, the Rangers had blown a multi-goal lead and seen their fortunes reverse in the span of less than a minute.

Hagelin fired back at 11:14 to tie the game at 3-3 and, with a scoreless third and overtime period, the Rangers would find themselves in a shootout once again.

This time Gaborik and Nash missed both of their shots, but Nielsen and Tavares nailed theirs to give the Islanders their first win in 6 games.

Prior to the shootout, Nabokov stopped 36 of 39 shots for the Islanders and Biron blocked 28 of 31 for the Rangers.

The Knicks will enter the All-Star break having lost three of their last four games, with two of those loses coming against teams with sub .500 records. Their most recent defeat came at the hands of Toronto, which is currently bringing up the rear of the NBA’s Atlantic Division at 21-32 on the season.

Both teams looked sluggish as the game began with a very low scoring first quarter. New York came out of the period leading 18-14, and marginally extended their lead to 42-37 in the second. The Raptors awoke in the third, however, outscoring the Knicks 28-18. The ten point differential erased the deficit, put Toronto on top, and led them to 92-88 victory.

JR Smith led the Knicks in their loss with 26 points and Felton followed with 16. Carmelo Anthony had an uncharacteristically low 12, though he did pick up a double-double with an equal number of rebounds. Chandler and Stoudemire both scored 10 on the night.

Despite the loss, New York still leads its division with a 32-18 record. The team will resume play on Wednesday at 7 p.m. against the Pacers. Perhaps the week off will provide them a rejuvenating rest.

After losing back-to-back games against the Wizards and Spurs, the Nets picked up two wins before the All-Star break. Despite being without Deron Williams, who was out with inflammation in both his ankles, the most recent victory came against the Denver Nuggets.

Brooklyn trailed by 3 after the first period, but outdid Denver 39-31 in the second and overpowered them 33-24 in the third. Much of the scoring came off a 15-2 run courtesy of a successful game behind the arc. The Nets let up a little in the fourth, but still won 119-108.

Joe Johnson, CJ Watson, Brook Lopez combined for most of their team’s points, scoring 26, 25, and 23 respectively.

The Nets will return to action Tuesday at 7:30 p.m. against the Bucks.