After a Roller Coaster Season, The Knicks & Nets Are Poised to Push Into the Playoffs

The NBA season is just past the halfway mark, and both of New York’s teams are poised to make a push towards the playoffs. 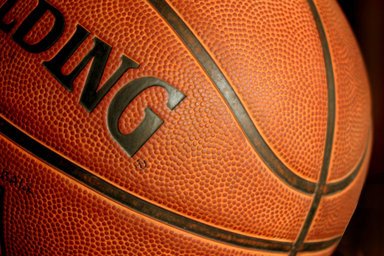 The NBA season is just past the halfway mark, and both of New York’s teams are poised to make a push towards the playoffs.

The New York Knicks are currently at 33-20 on the year, and ended a four-game losing streak by beating the Philadelphia 76ers on Sunday night. They hold a two game lead in the Atlantic Division over their cross-borough rivals, the Brooklyn Nets. The Nets record sits at 33-24 following a home loss to the Memphis Grizzlies on Sunday. The way the season has gone, it looks like the Atlantic Division crown will come down to the wire between the Knicks and Nets.

It has been a rollercoaster ride for both teams thus far this season. The Knicks got off to a blazing hot start with an 18-5 record, and everything seemed to be clicking. They were shooting the three-point shot at an extremely high rate, and were one of the best defensive teams in the league. Both of those things have changed and the Knicks have been trending downward since their great start.

The Nets season can really be broken down into two separate halves. They were 14-14, a .500 team through the first 28 games of the year. The day after Christmas, following a 108-93 loss to the Milwaukee Bucks, they fired the head coach Avery Johnson and replaced him with assistant coach P.J. Carlesimo. Since the coaching change the Nets are 18-10, and moved within striking distance of the Knicks for the Atlantic Division.

Winning the division is crucial to making a long run in the playoffs, as it guarantees you a top three seed and home-court advantage. The Knicks and Nets have quickly developed a rivalry in the NBA. Madison Square Garden and Barclays Center are a subway ride away from each other, and their teams have played each other very close. The teams have split their four meetings this year, one of which went to overtime, and two other games were decided by only three points.

They do not meet again for the rest of the season, and whoever has the better final 30 or so games will wear the crown of Atlantic Division champion.

The Knicks need to get back to moving the basketball and creating good spacing, in order to make the three-point shot more effective. Raymond Felton missed a long stretch in which the Knicks really struggled. Felton is the one player for the Knicks that can get into the lane and break down the defense. This creates offensive rebound opportunities for Tyson Chandler, as well as open looks for the shooters such as Jason Kidd, J.R Smith and Steve Novak. While the offense hasn’t been a major issue, the Knicks need to become more efficient and someone besides Carmelo Anthony needs to score. Amar’e Stoudemire off the bench will be a huge factor, and make the Knicks tough to beat if he is scoring well with the second unit.

Over in Brooklyn, the Nets have played more inspired basketball under Carlesimo. Joe Johnson, who they acquired in a trade this offseason, has been fantastic in the clutch, hitting a number of buzzer beaters to give the Nets some wins. They have been great defensively all year, and held the Grizzlies to just 76 points last night. Unfortunately, the Nets only scored 72 points themselves and fell to the Grizzlies at home.

Deron Williams is the key for the Nets. He has not been the same player he was in Utah, and even the player he was for the Nets last season. Williams is averaging 17 points and 7.5 assists, which are pretty solid numbers, but not what the Nets and Williams expect. He is shooting just 41% from the field, and if the Nets are going to contend for a title, Williams needs to pick up some of the scoring slack.

Both the Knicks and Nets have had interesting seasons up to this point, and will continue to battle it out for that Atlantic Division title. The Knicks will host the Golden State Warriors on Wednesday, while the Nets travel down to New Orleans to visit the Hornets on Tuesday.