Global Arms Sales Drop for First Time in Over 15 Years

SIPRI reports that 2011 saw the first reduction in spending on weapons and military services since the mid-1990's. 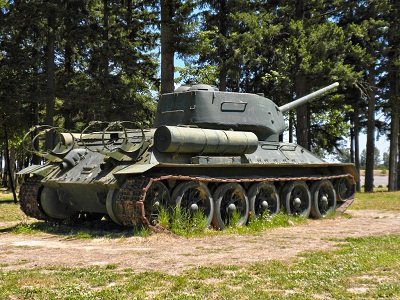 It might seem counterintuitive that the sale of armaments could decrease in the world we live in—the Middle East is as tumultuous as ever, Americans have reportedly been buying guns with increasing fervor for fear certain types may become unavailable, and North Korea continues to stir up trouble—yet that is exactly what has happened.

The Stockholm International Peace Research Institute reports that for the first time since 1994, the sale of arms and military services actually dropped in 2011. Traceable worldwide sales decreased 5% year-over-year after adjusting for inflation

There are a number of factors which caused the decline: austerity measures in Europe, as well as cuts in military budgets as postponed weapons programs combined to reduce arms spending in both North American and Western Europe. The United States’ steady troop reduction in Iraq and Afghanistan, and sanctions on Libya also played a significant role.

According to SIPRI, 44 US-based companies combine to make up 60% of the tracked world arms market, and those companies are taking various approaches to compensate for their sudden decline in sales. Like companies in other fields, some of the 44 are downsizing, others are specializing in specific fields in hopes of dominating smaller chunks of the market, while others still seek to diversify by expanding into new territories. Those looking to diversify have even established subsidiaries in the Middle East, Asia, and Latin America.

Perhaps the most innovative among them, however, are looking toward cybersecurity as the future of their businesses. As malicious hacking grows more prevalent, being able to provide expert Internet security should position arms companies as major players for private and national clients. Cybersecurity has developed into a national security issue, and is liable to only become more important as technologies shift toward interconnectedness.