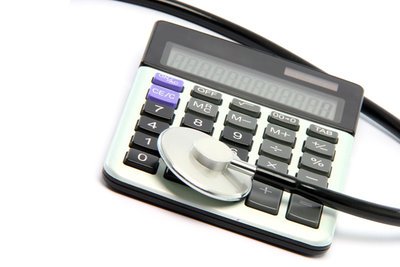 Michel, 45, an owner and officer of Medical Solutions Management Inc. (MSM), a medical equipment company located in Hicksville, used her position to gain access to nursing homes in Nassau, Suffolk, Queens, Kings, and Dutchess Counties to steal patient records in violation of the Health Insurance Portability and Accountability Act (HIPAA).

Michel used the stolen records to create and submit $10 million in false billings to Medicare for medical supplies and products that were either not required or not delivered.

In one instance, Michel used bogus drawings and measurements to support a Medicare claim for fitted boots for a legless patient. In another instance, she submitted false claims for the purchase of expensive wound care bandages to treat patients who never had such wounds.

In response to claims that were denied, Michel submitted appeals to Medicare, supported by additional stolen and altered patient records.

As part of the scheme, which, according to the evidence at trial, lasted between approximately April 2003 and March 2007, Michel also assumed a number of false roles.

“Helene Michel brazenly roamed the halls of dozens of nursing homes, pretending to be, among other things, a doctor, a nurse practitioner, and a wound care expert, even going so far as to join patient evaluations. In reality, she was a con woman, deceiving patients and administrators alike as she trolled for the information she used to submit fraudulent claims to Medicare to support her extravagant lifestyle…,” said Loretta E. Lynch, U. S. attorney for the Eastern District of N. Y.

At the sentencing, Judge Bianco also ordered that Michel forfeit $1.3 million that was seized by the government at the time of her indictment.

“…Through her scheme she violated the privacy of over a thousand patients and stole Medicare funds dedicated to preserving the health of our seniors and other citizens. We, and our law enforcement partners, will vigorously pursue and prosecute those who seek to profit by such despicable crimes,” said Lynch.

Assistant U.S. Attorney Charles Kelly said, "There is an epidemic of ID theft and much of it comes out of health-related places. . . . There is in the criminal community an insatiable demand for face sheets that" contain a patient's Social Security and Medicare numbers. They "have become a cash equivalent on the streets of Long Island where they are sold at a price per sheet, per patient." According to some sources, the rate for such face sheets ranges up to $100.

Michel’s co-defendant Etienne Allonce, the co-owner of MSM, was also charged in the indictment and is believed to have fled from the United States. He remains a fugitive, listed on HHS-OIG’s Most Wanted List.

Before she was sentenced, Michel told Bianco, "I had in my heart to help people. . . . If I were sitting on the jury I would convict myself. . . . I don't understand a lot of things that happened." Michel's attorney, David Bythewood, is planning an appeal.