The president recited the phrase “let’s get it done” throughout the speech as he urged Congress to take action on many issues. 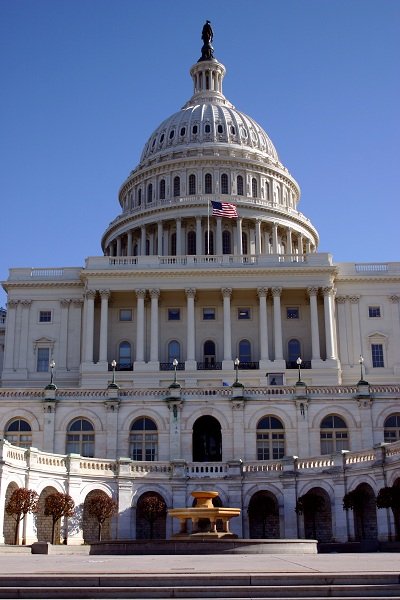 President Obama covered a wide variety of topics in his State of the Union address last night. Job growth, taxes, the economy at large, energy, the environment, education, immigration, military concerns, and gun control were among the many topics he discussed.

Despite the large breadth of subjects he spoke about, the president began the night by reciting a line from one of John F. Kennedy’s addresses that downplayed his own individual significance. “The Constitution makes us not rivals for power but partners for progress…It is my task…to report the State of the Union—to improve it is the task of us all.” He would later state that if Congress could not accomplish meaningful action on the issue of global climate change he would take executive action, but a call for cooperation remained a common motif throughout the speech.

The President was happy to report on progress made in recent years. “After a decade of grinding war, our brave men and women in uniform are coming home. After years of grueling recession, our businesses have created over six million new jobs. We buy more American cars than we have in five years, and less foreign oil than we have in twenty. Our housing market is healing.”

In regards to that “grinding war,” Obama mentioned that 33,000 troops have already been withdrawn, another 34,000 would come home this year, and the war will be over by the end of next year. Despite the end of combat operations, however, troops will remain in Afghanistan beyond 2014. “We are negotiating an agreement with the Afghan government that focuses on two missions: training and equipping Afghan forces so that the country does not again slip into chaos, and counter-terrorism efforts that allow us to pursue the remnants of al Qaeda.”

With the matters of Afghanistan and al Qaeda as under control as they have ever been, Mr. Obama turned his attention to new threats on the horizon.  “The regime in North Korea must know that they will only achieve security and prosperity by meeting their international obligations. Provocations of the sort we saw last night will only isolate them further… Likewise, the leaders of Iran must recognize that now is the time for a diplomatic solution, because a coalition stands united in demanding that they meet their obligations.” He stood firm in his opposition to the advancement of nuclear technologies in North Korea and Iran, while also seeking to engage Russia in a reduction of nuclear arsenals.

WMD’s are not the only threat faced by the United States in the modern world, however. The president recognized the increasing danger of cyber-attacks which steal the personal information of private citizens and the corporate secrets of American companies, while also calling attention to the threat that “our enemies are also seeking the ability to sabotage our power grid, our financial institutions, and our air traffic control systems.” In response, Obama signed an executive order earlier in the day to strengthen cyber defenses, improve national security, and protect both private and corporate interests. He then urged Congress to pass legislation which would further protect us.

Of course, not every foreign entity wishes the US harm, and there are many people who wish to come build their lives here; with that in mind, the president called for comprehensive immigration reform. He voiced his support for increasing security by placing more guards on the southern border and reducing the number of illegal crossings, but advocated the establishment of a reasonable path to citizenship for illegal immigrants already here—“a path that includes passing a background check, paying taxes and a meaningful penalty, learning English, and going to the back of the line behind the folks trying to come here legally.”

President Obama then asked Congress to improve the existing system for legal immigration by cutting away bureaucratic roadblocks so as to “attract the highly-skilled entrepreneurs and engineers that will help create jobs and grow our economy.”

He also tied the improvement of our economy to energy independence and the combating of climate change. “Four years ago, other countries dominated the clean energy market and the jobs that came with it. We've begun to change that. Last year, wind energy added nearly half of all new power capacity in America. So let's generate even more. Solar energy gets cheaper by the year—so let's drive costs down even further.” Much of our energy is also now drawn from natural gas, the extraction of which the president pledged to increasingly issue permits for, while continuing to work to make gas and oil burn cleaner. Ideally, he would like to reduce dependence on oil by helping to make electric vehicles more viable in order to “free our families and businesses from the painful spikes in gas prices we've put up with for far too long.”

In addition to bolstering our economy, the reduction of harmful emissions would, he believes, protect our environment and future generations. “The fact is, the 12 hottest years on record have all come in the last 15. Heat waves, droughts, wildfires, and floods—all are now more frequent and intense. We can choose to believe that Superstorm Sandy, and the most severe drought in decades, and the worst wildfires some states have ever seen were all just a freak coincidence. Or we can choose to believe in the overwhelming judgment of science—and act before it's too late.”

Future generations will, of course, need more than just stable weather to prosper. “Study after study shows that the sooner a child begins learning, the better he or she does down the road. But today, fewer than 3 in 10 four year-olds are enrolled in a high-quality preschool program… Tonight, I propose working with states to make high-quality preschool available to every child in America.” The president also expressed a desire to see students graduate high school with a clear path to gainful employment by rewarding “schools that develop new partnerships with colleges and employers, and create classes that focus on science, technology, engineering, and math—the skills today's employers are looking for to fill jobs right now and in the future.”

Many students will still need higher education to achieve their goals in life. Unfortunately, the cost of a college education is prohibitively expensive, either shutting students out of that opportunity entirely or saddling them with immense, unsustainable debt. Obama asked Congress to help combat this problem by reserving federal aid to those universities which demonstrate affordability and value; today his administration will release a “College Scorecard” that compares the price of admission with the quality of education offered by different schools.

Such improvements in education could have a lasting impact on our nation, but President Obama also made several proposals which would provide a more immediate boost to the economy. He asked for an increase of the Federal minimum wage to $9/hour to help reduce the number of families living under the poverty line, and advised Congress to pass a current bill on refinancing mortgages. If made law, the bill would give every homeowner the chance to save $3,000 a year by refinancing at today’s rates. The president also will seek to improve the country’s infrastructure, which will in turn create jobs.

Obama understands that such large projects will cost money, and that the nation still needs to reduce its deficit. “To make sure taxpayers don't shoulder the whole burden, I'm also proposing a Partnership to Rebuild America that attracts private capital to upgrade what our businesses need most: modern ports to move our goods; modern pipelines to withstand a storm; modern schools worthy of our children. Let's prove that there is no better place to do business than the United States of America.” He is further prepared to reform programs such as Medicare, and stated an openness to compromise on other spending issues.

On a night in which the president called for cooperation and compromise on many divisive issues, he drew the State of the Union address to a close with one of his most controversial policies—a cry for greater gun control. He called for “background checks that will make it harder for criminals to get their hands on a gun. Senators of both parties are working together on tough new laws to prevent anyone from buying guns for resale to criminals. Police chiefs are asking our help to get weapons of war and massive ammunition magazines off our streets, because they are tired of being outgunned.”

He followed the call to action (or, at least, attention) by reminding all elected officials they were sent to office “to look out for our fellow Americans the same way they look out for one another, every single day, usually without fanfare, all across this country” and that “it remains the task of us all, as citizens of these United States, to be the authors of the next great chapter in our American story.”