Three teenagers and a 21-year-old are being charged with shooting at a house in Riverhead. 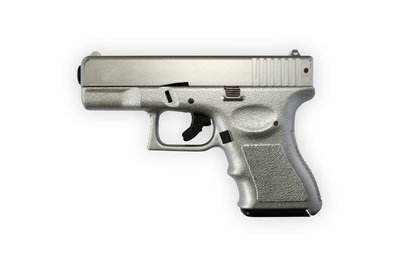 According to Riverhead Town Police, three teenagers and a 21-year-old are being charged with firing gunshots at a two story house on Third Street in Riverhead on Wednesday night at around 9 p.m. Several gunshots hit the house, which is home to two families and two young children. Nobody was reported injured during the incident.

Police near Roanoke Avenue first heard the shooting. While patrol cars responded to the scene, one car began tailing a Ford Taurus that was leaving the area. The officer then pulled the car over near Peconic Avenue.

Shell casings were found inside the car as well as on the street outside the house where the shooting occurred.

21-year-old Jeffrey Despeines is being charged with first-degree reckless endangerment and first- and second-degree criminal possession of a weapon charges. Despeines is a 2011 graduate of Centereach High School. Police say Despeines was the one to fire the .38 caliber semiautomatic handgun, which was found inside the Ford Taurus.

18-year-old Eric Baldwin Jr. of Bellport, 18-year-old Jordan Harrell of Medford, and 19-year-old Jasmine Parsons of Mastic were each charged with various degrees of reckless endangerment. Baldwin is also being charged with fourth-degree criminal possession of a weapon for having metal knuckles at the time of the arrest.

This is Parson’s second run-in with Riverhead police. In 2011 she was arrested for a second degree robbery after allegedly knocking a woman over and stealing her purse. Baldwin was also convicted of a misdemeanor in 2011, and had an ACOD (adjournment in contemplation of dismissal) in 2012. Harrell has a pending felony second-degree assault charge as well.

Police say that two of the four people being charged are known members of the Bloods gang, while a third is a suspected member. All four are being held without bail. Residents of the house on Third Street attended the arraignment, and afterwards said that they resented the police department’s statement that the shooting was “gang-related.”

The house is currently home to two families, who have lived there for years and say they do not know the reason for the shooting. Neighbors are just as shocked by the incident.