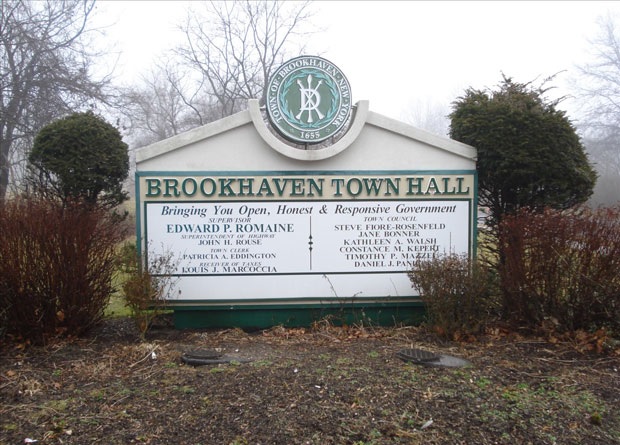 The Town of Brookhaven is one of the most populous towns on Long Island.

The first inhabitants of the Town of Brookhaven were the Setauket and Unkechaug tribes.  (The Unkechaug maintain the Poospatuck Reservation on Long Island's North Fork.) English settlers arrived in the area in 1640, and fifteen years later purchased the lands that comprise Brookhaven from the Native Americans living in the area.  The English named their first settlement Setauket, after the Native American people who lived there.  The population of Brookhaven doubled between 1825 and the end of the Civil War.

The 2010 census indicates that the current population is 486, 040.  A 2006 estimate placed the median household income at $73, 566.  A large portion of Fire Island and the Great South Bay are in the town.  Brookhaven National Laboratory, owned by the U.S. Department of Energy, which runs several major programs including nuclear and high-energy physics, neurosciences and environmental research is located in the hamlet of Upton.  The State University of New York at Stony Brook, and the Stony Brook University Medical Center are also located in Brookhaven.

Villages in the Town of Brookhaven


Hamlets in the Town of Brookhaven