North Korea Says it is Now in a State of War, Threatens Seoul and Washington

Pyongyang has ramped its rhetoric up to a new degree, stating it will handle affairs with Seoul according to a “state of war.” 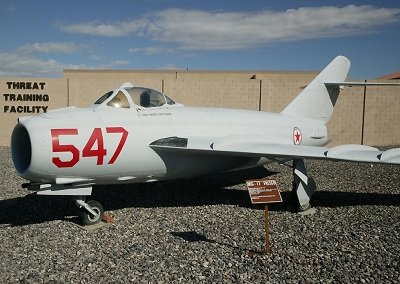 North Korea has engaged in incessant sabre-rattling since Kim Jong-un took command of the country. The regular threats against South Korea and the United States have been largely viewed as a combination of Pyongyang’s usual cries for attention and the young leader’s need to appear strong before a cadre of elder generals in a culture which values old age.

Kim Jong-un has made nearly daily claims vows to attack one country or another all March, though the North’s latest statement is rather inflammatory even for him.

North Korea’s official KCNA news agency said today "From this time on, the North-South relations will be entering the state of war and all issues raised between the North and the South will be handled accordingly.”

The two Koreas have technically been at war since 1950, as the Korean conflict ended with an armistice, not a peace treaty in 1953. That the North finds it necessary to expressly declare a “state of war” as opposed to the condition of the past 60 years—which it referred to as a state of neither war nor peace—could indicate intent to become more actively hostile towards Seoul and explain why the country declared its armistice invalid earlier in the month.

KCNA’s report also stated the North “will not limit [itself] to limited warfare but to all-out war and nuclear war,” and that it “will first target and dissolve mainland United States, Hawaii and Guam, and United States military based in South Korea. And the [Blue House] will be burned to the ground.”

While some officials warn Pyongyang’s rhetoric should not be taken lightly, this latest volley of tough-talk could be nothing more than Kim Jong-un posturing in response to a subtle yet effective recent show of force from the US military.

The declaration of a “state of war” comes shortly after the US conducted a training exercise in which B-2 stealth bombers flew from their base in Missouri to a site in South Korea, then dropped a non-explosive payload and returned home. The 6,500 mile flight clearly demonstrated the United States’ ability to swiftly deploy nuclear-capable weapons to the Korean peninsula on short notice.